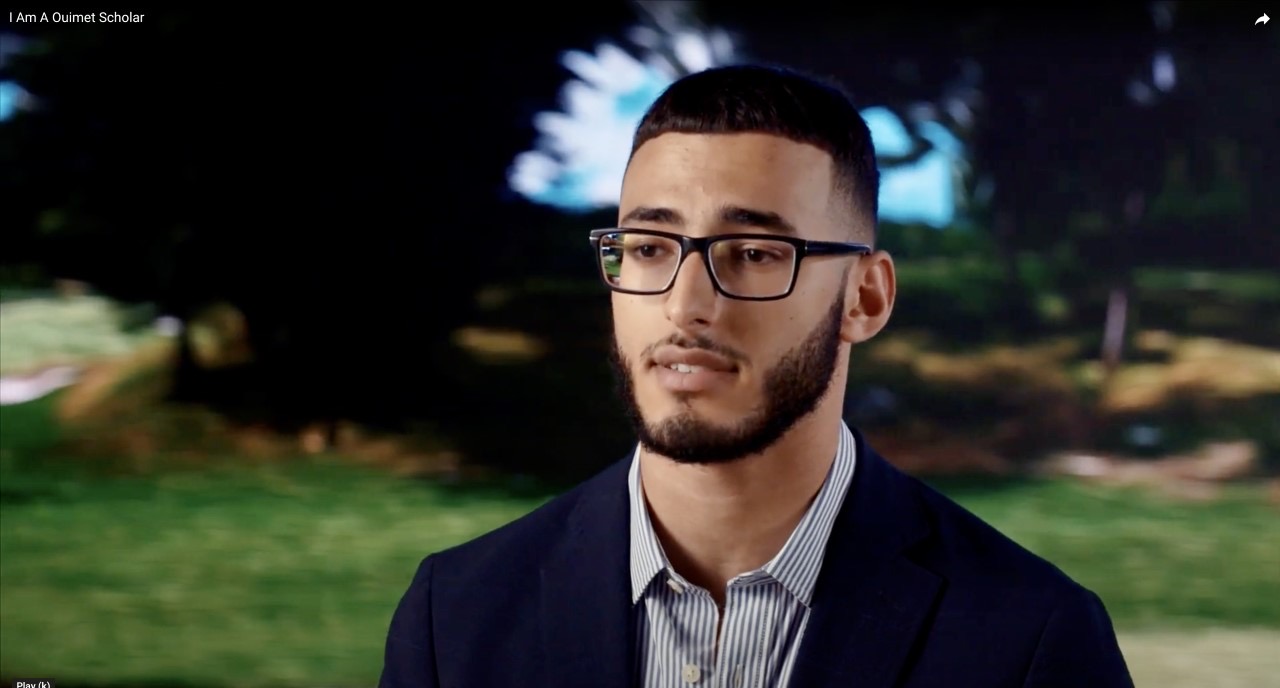 Earlier this spring, six Ouimet Scholars spent the day in the studio at Cramer working with producers and crew to capture their golf, education, and Ouimet stories. Scholars had the opportunity to share their stories of how they came to be part of the Ouimet community. While each story is unique, the common thread among all Ouimet Scholars and Alumni was in many ways represented by these six young men and women. Hear directly from Mcphillips Akukwe, Emily Hunt, James Monday, Dante Ritchey, Victoria Sci, and Mohamed Nezar Nokrachi below to learn about these six young people we are supporting!