The Legacy of Francis Ouimet 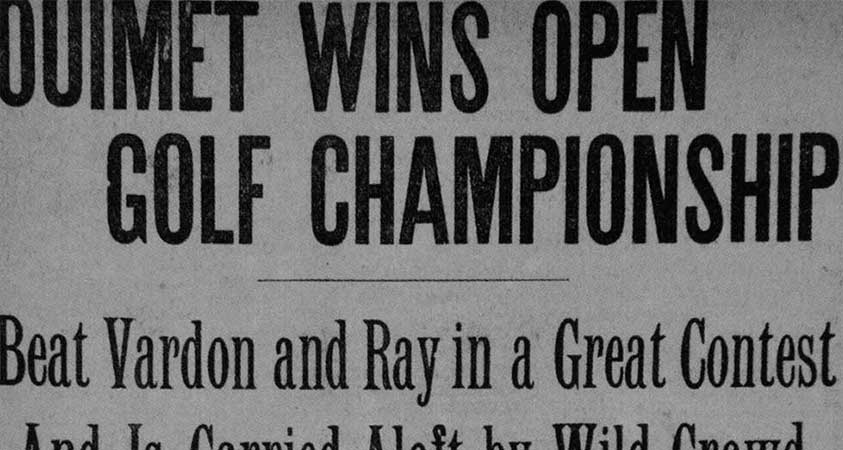 1913 | In a stunning play-off upset over Harry Vardon & Ted Ray, considered the top two players in the world, Ouimet’s U.S. Open victory at The Country Club propels golf into a mainstream American sport. 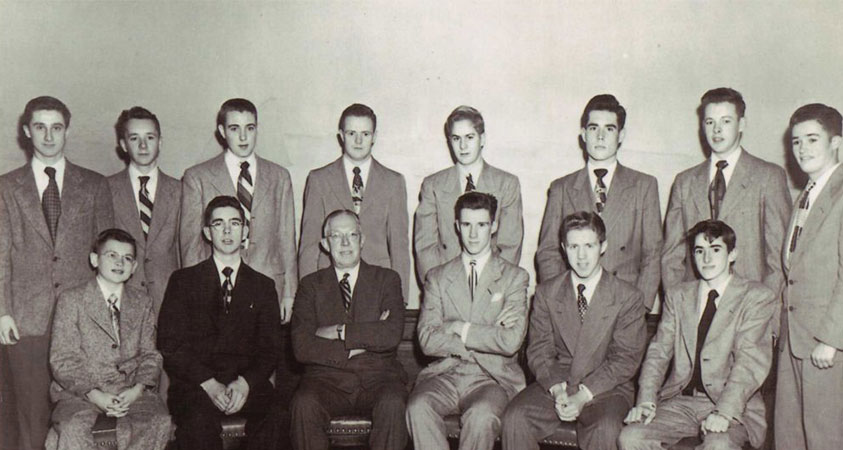 1949 | The Ouimet Fund is founded by friends of Francis Ouimet and the Massachusetts Golf Association, and 13 Scholars receive $4,600 in tuition assistance. 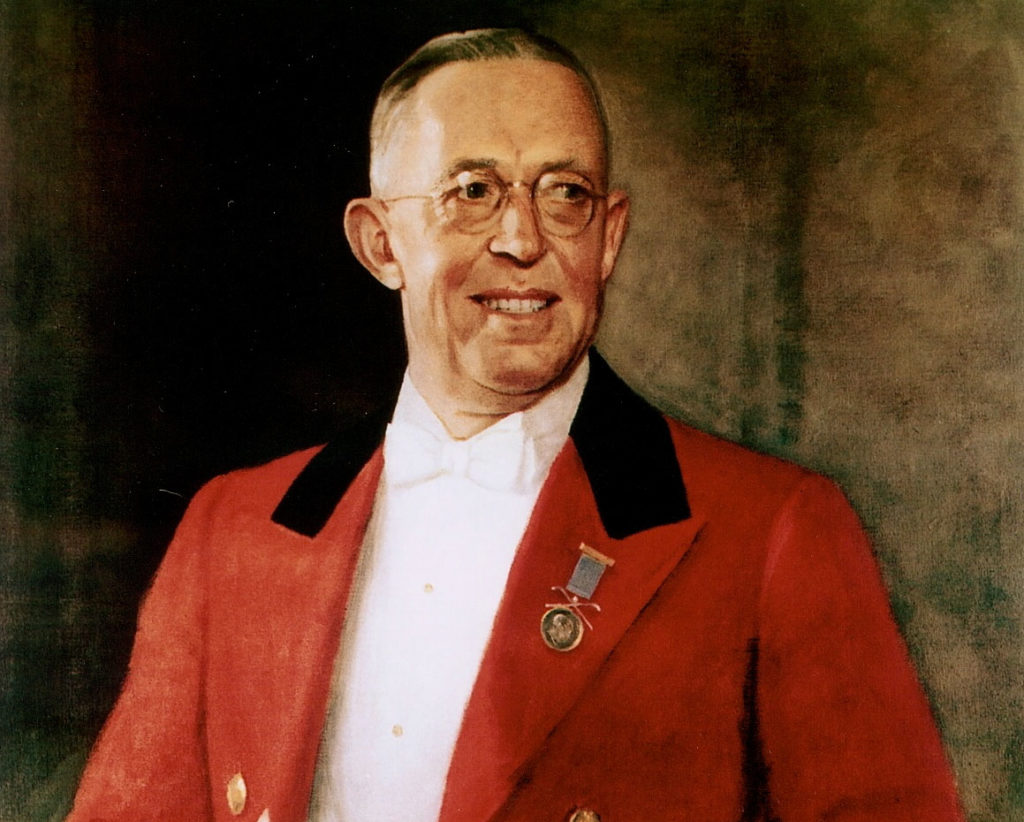 1953 | President Dwight Eisenhower paints a “Red Jacket” portrait of Francis Ouimet, which is placed in a cottage at Augusta National Golf Club and later goes to the Royal and Ancient Golf Club of St. Andrews. 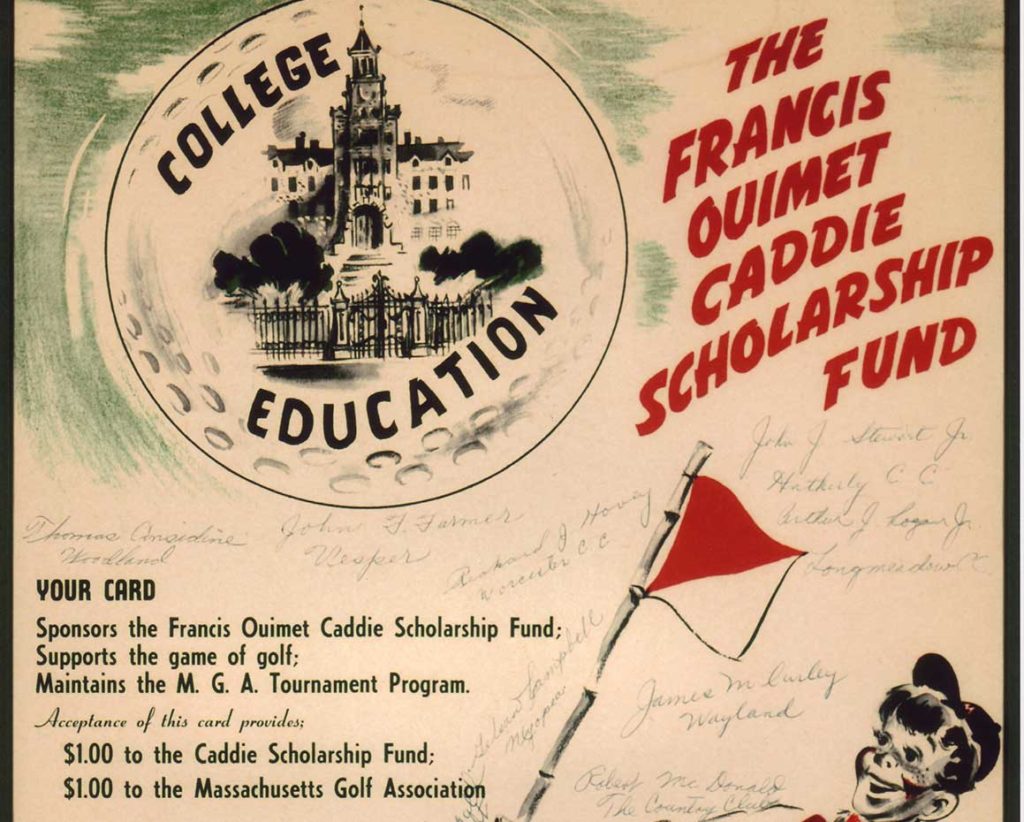 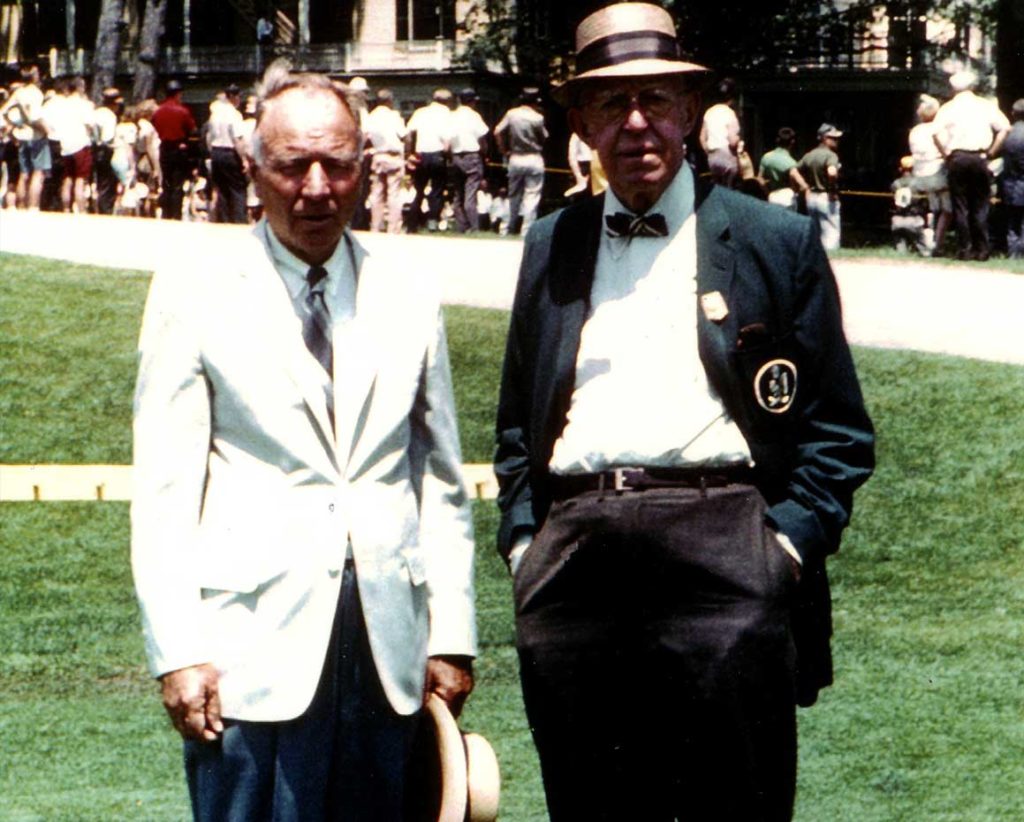 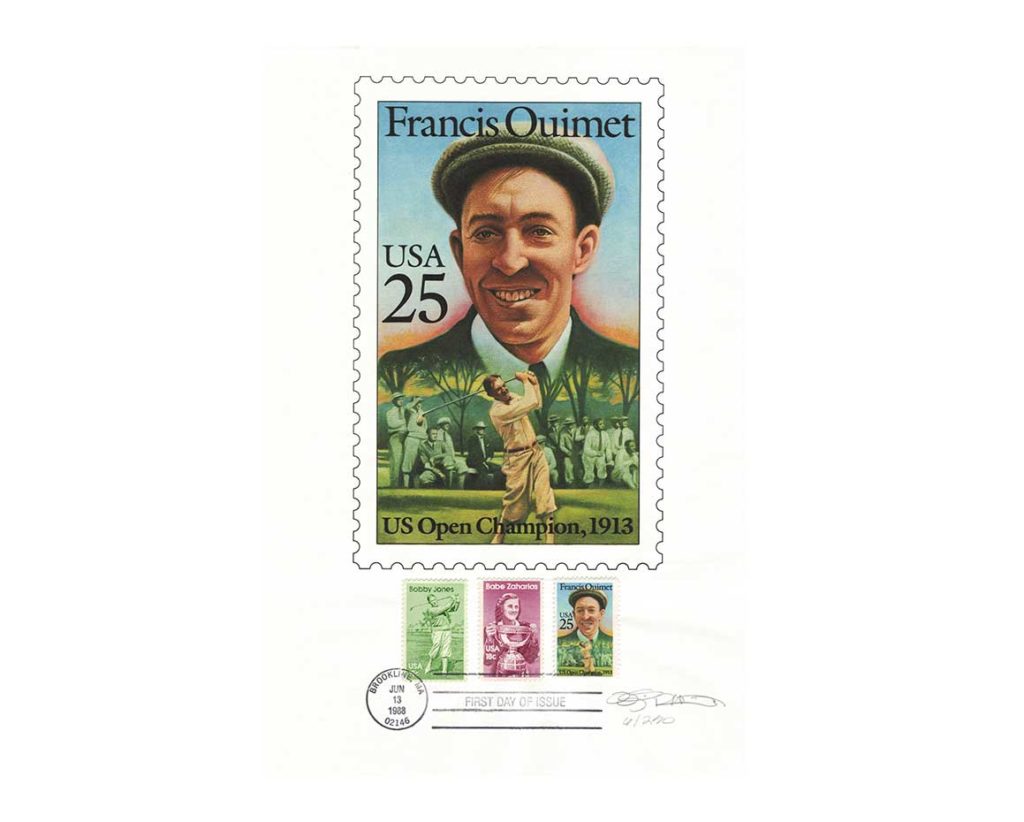 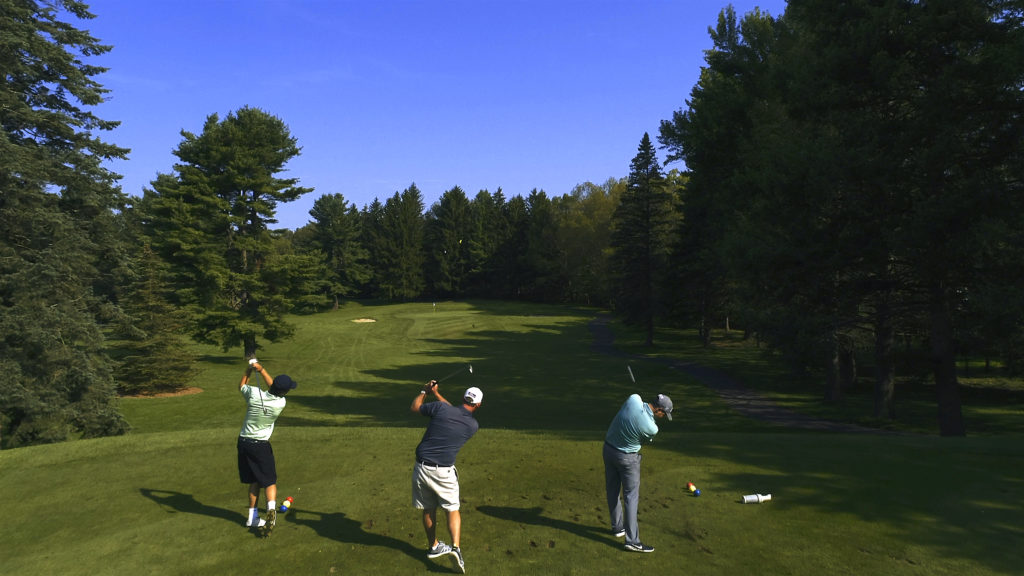 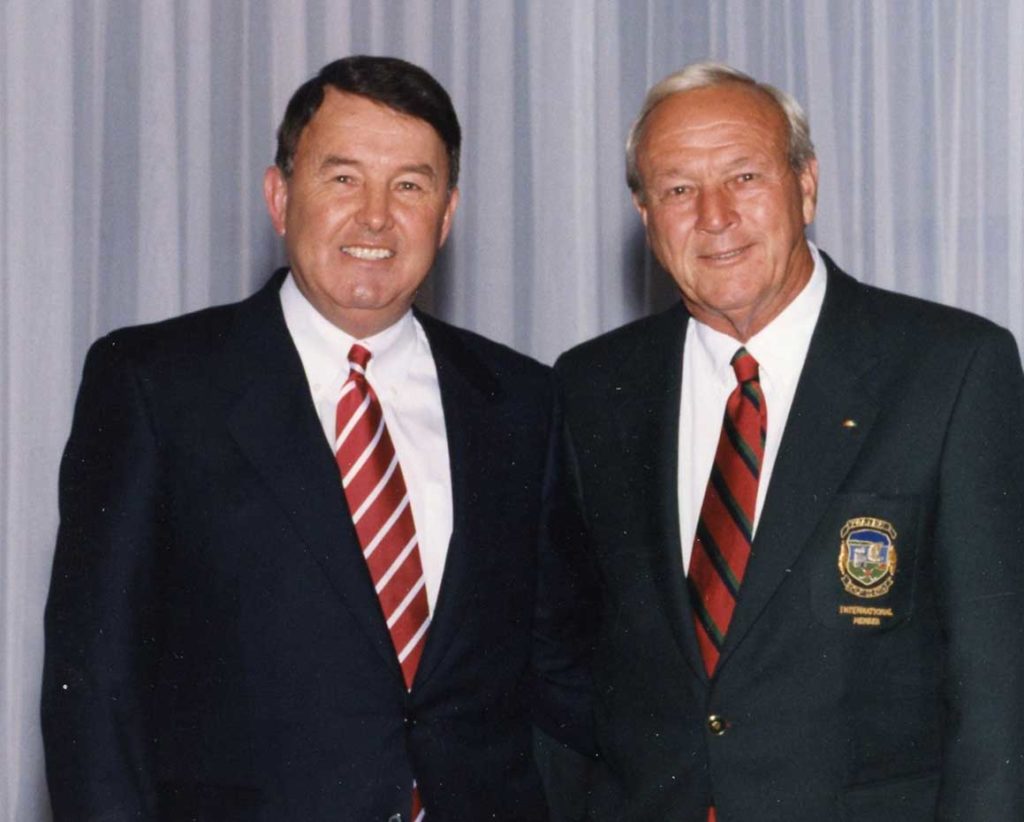 1997 | Ouimet Alum Richard F. Connolly, Jr. arranges for Arnold Palmer to be the guest speaker and recipient of the first Francis Ouimet Award for Lifelong Contributions to Golf at the Annual Banquet. A total of 1,400 guests attend the function, proving to be a resounding success and marked the creation of the most impactful annual event on The Fund’s calendar. 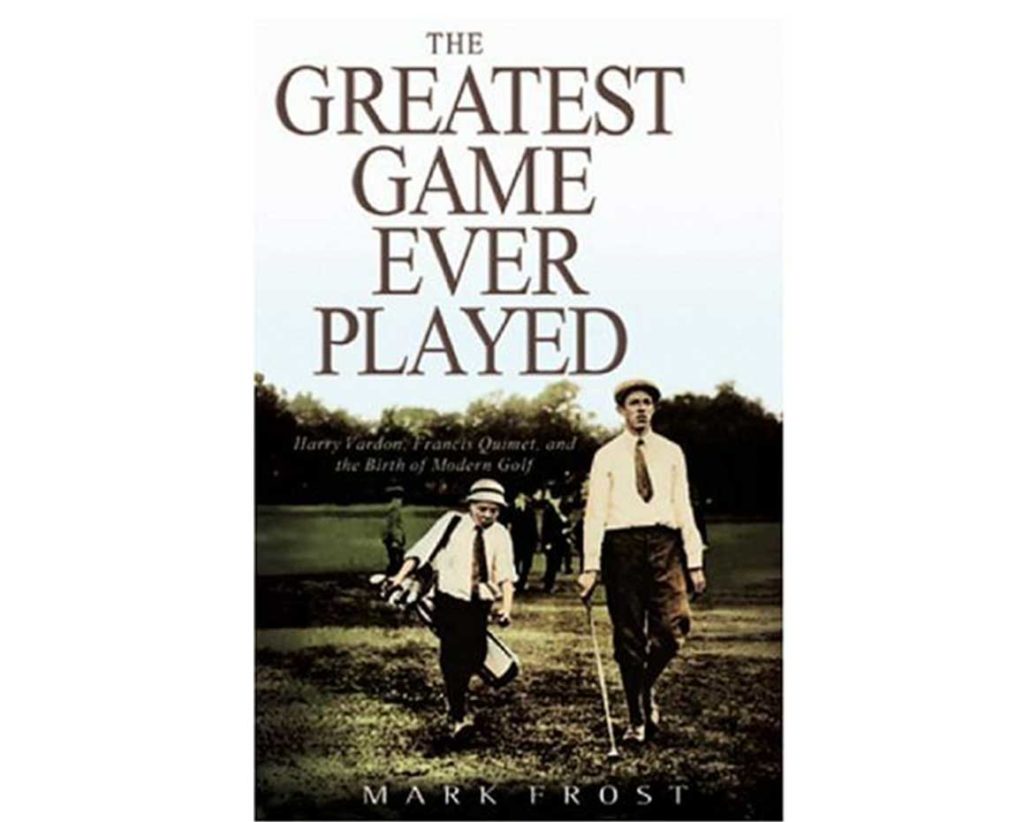 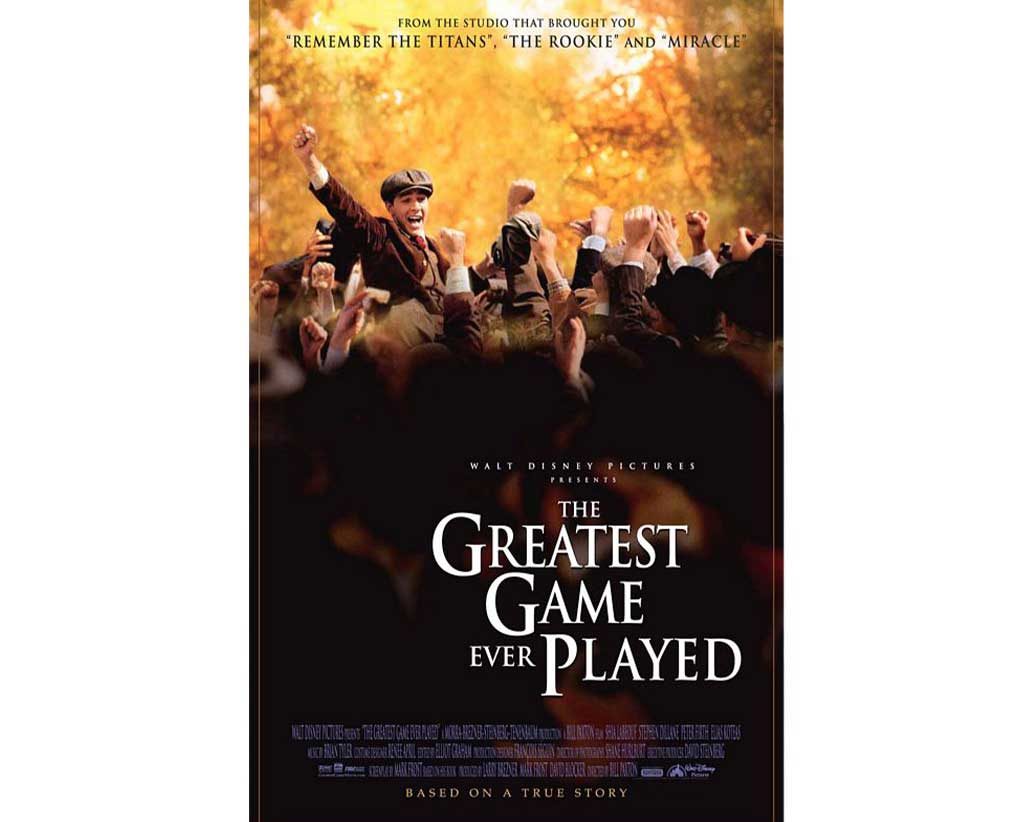 2005 | The Ouimet Fund sets scholarship records, awarding $1 million to 362 Scholars. Mark Frost’s book The Greatest Game Ever Played is turned into a Disney movie, and the premiere is held in North Attleboro, MA with receptions at the nearby TPC Boston clubhouse and William F. Connell Golf House. 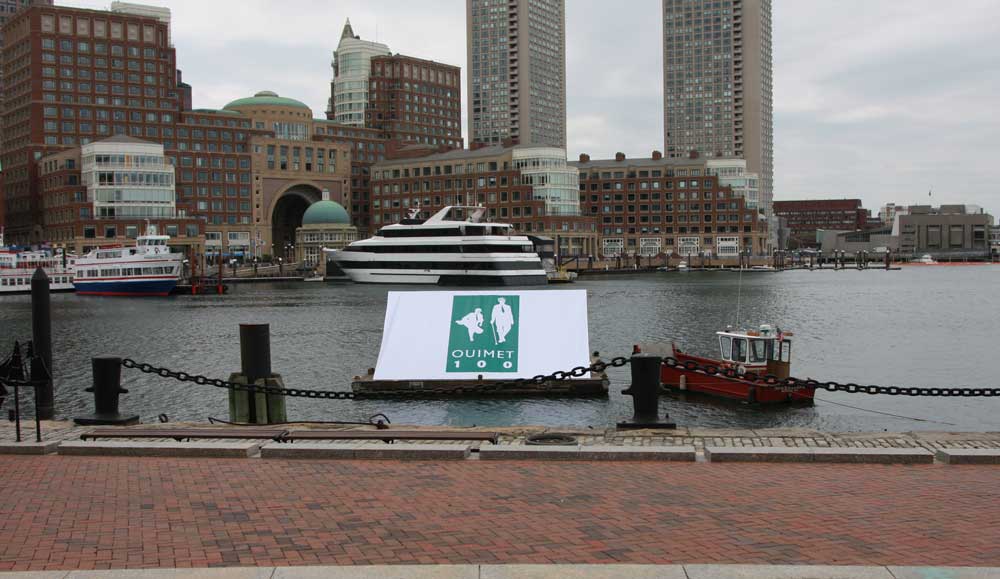 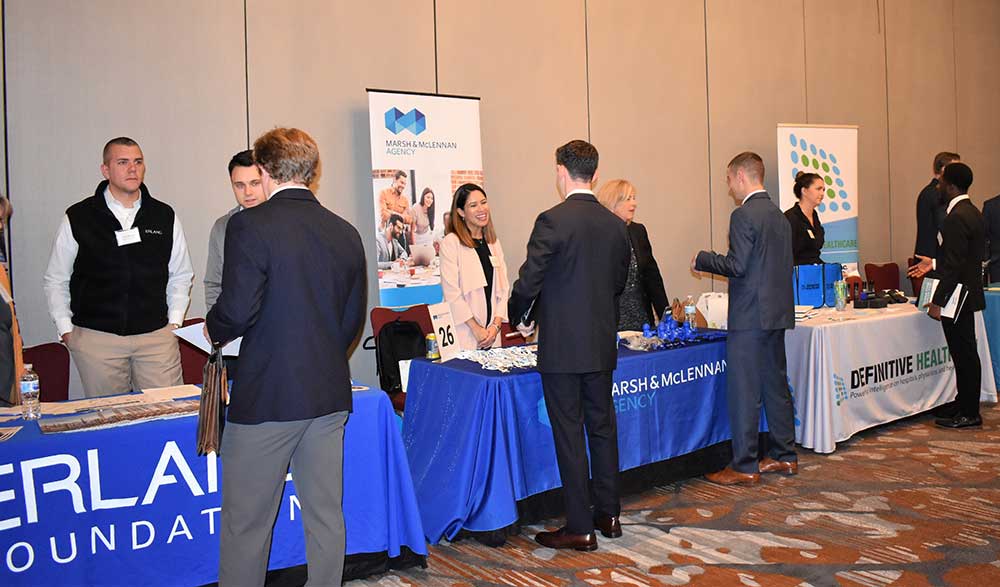 2019 | The Fund celebrates its 70th anniversary and sets new scholarship records with $2.5 million awarded to 468 Scholars. The Fund also launched its newest program, the Ouimet Career Fair, which drew more than 30 companies and corporate partners and was open to all Ouimet Scholars & Alumni to assist with career development.

The Ouimet Fund’s purpose is to help deserving young men and women, who have worked at golf courses in Massachusetts, obtain a college education. We provide need-based college scholarships, which are renewable and worth an average of $30,000 over the course of four years, with some students receiving as much as $80,000.

Since 1949, The Fund has awarded nearly $44 Million in scholarships to more than 6,325 deserving men and women. Recently, Ouimet Scholars have excelled in school, graduating at a 91% rate and achieving an 3.5 GPA average! 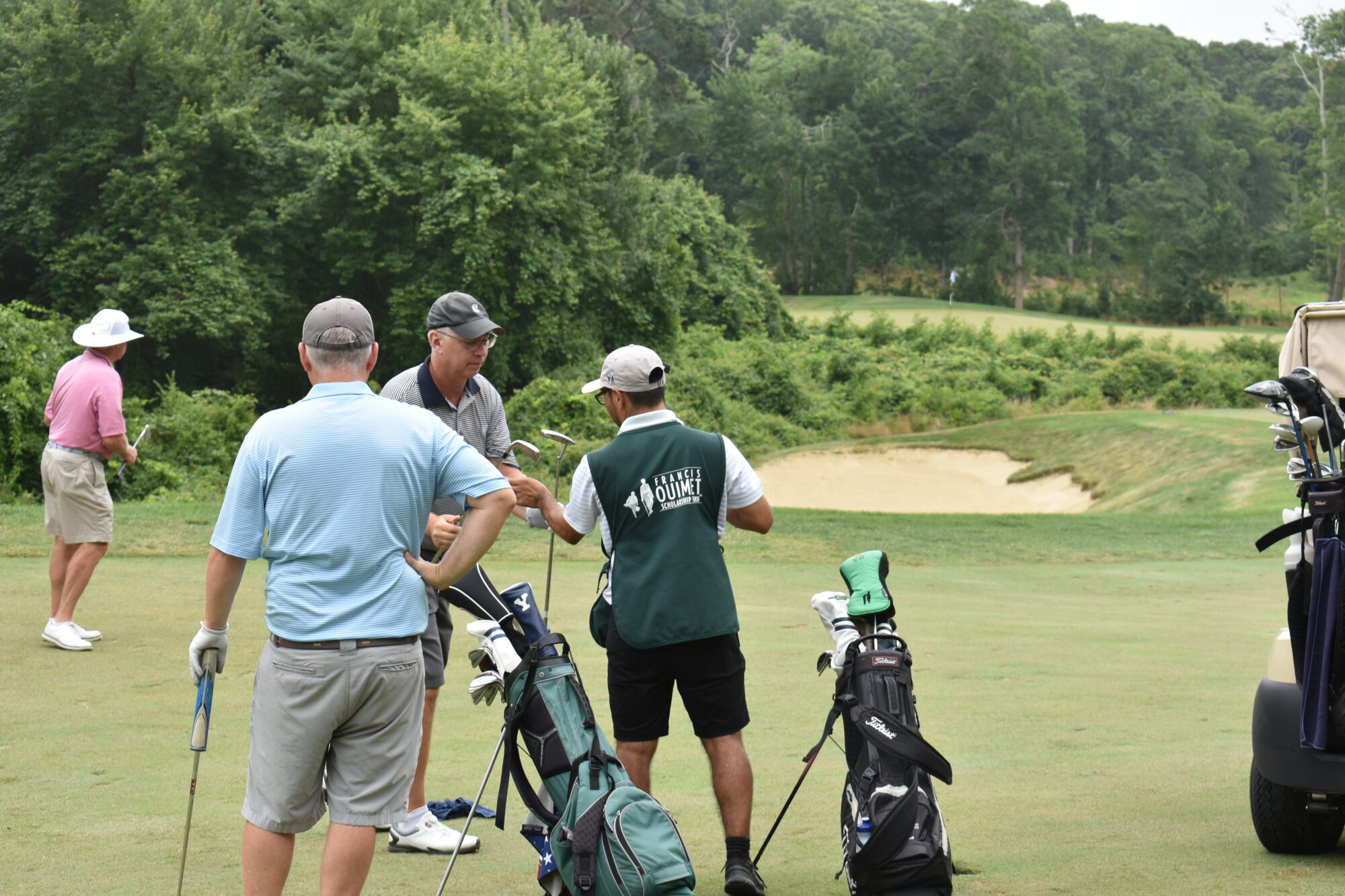 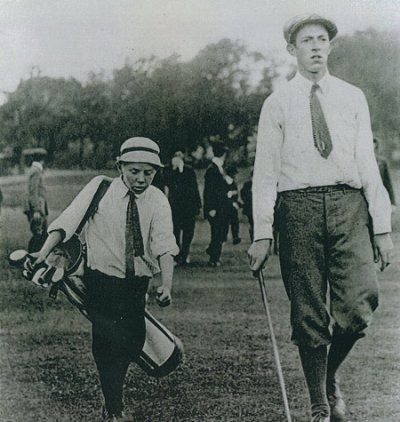 Francis Ouimet was a relatively unknown 20-year-old amateur and former caddie, when he defeated Harry Vardon and Ted Ray at The Country Club in Brookline, Massachusetts.  Ouimet grew up in a modest home across the street from the 17th hole at TCC, and was self-taught, learning to play in his backyard.

Prior to his victory, golf was dominated by the Brits and Scots.  There were very few players in America, virtually no public courses, and the game was confined mostly to the wealthy or elite.  Ouimet’s victory changed all of that.  His victory and unlikely background combined to create an inspirational moment.  Within ten years, the number of American players had tripled and many new courses were built, including public courses.

Another great moment in golf occurred just before the start of the Open playoff.  Francis Ouimet turned down the offer of an experienced TCC member who wished to caddie for him, deciding instead to stay with ten-year-old Eddie Lowery.  The photo of Ouimet and Lowery walking down the fairway together is one of the most famous in golf history, and symbolizes Ouimet’s great victory and kindness to young people.  As one of golf’s most enduring images, it was selected by the United States Golf Association as the logo for its own Centennial celebration.

Ouimet went on to a distinguished amateur golf career.  He won the U.S. Amateur in 1914 and 1931.  He also played on the first eight Walker Cup Teams and was Captain of the next four, compiling an 11-1 team record.  Revered as a golfing goodwill ambassador, he became the first American elected Captain of the Royal and Ancient Golf Club of St. Andrews in 1951.

Francis Ouimet is one of the most honored players in history.  He has been named to every golf Hall of Fame, has a room named after him in the USGA Museum, and he is also one of only four golfers to have a U.S.P.S. commemorative stamp issued in his name.  The 1963 and 1988 U.S. Opens at The Country Club celebrated the 50th and 75th anniversaries of his dramatic U.S. Open win.  The U.S. Senior Open Trophy is also named after him, as are several others around the country.  More recently, the Francis Ouimet Scholarship Fund began a Francis Ouimet Award for Lifelong Contributions to Golf.