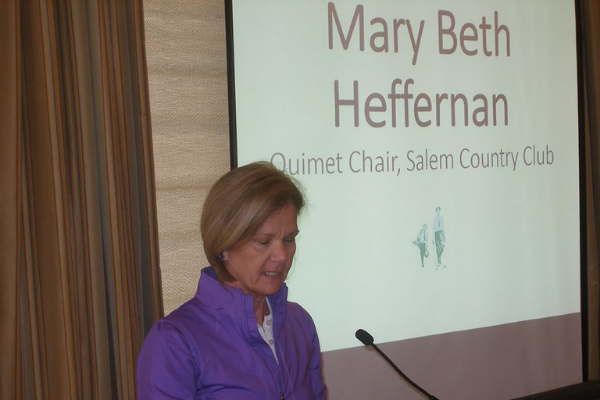 The Francis Ouimet Scholarship Fund is awarding its 2021 Denny Goodrich Ouimet Honorary Alumnus Award to Mary Beth Heffernan at its upcoming Annual Meeting on October 25. Mary Beth has been personally involved in advancing the Ouimet mission for decades, and in 2008 assumed the Ouimet Chairperson role at Salem Country Club.

The Ouimet Fund renamed its “Honorary Alumnus Award” after Denny Goodrich when he retired from the Ouimet Fund’s Board of Directors in 2009 after 37 years of service. Mr. Goodrich, of Dedham Country and Polo Club, was the inaugural recipient of the award in 2003 and the Ouimet Fund’s Richard F. Connolly, Jr. Distinguished Service Award’s awardee in its debut year of 2000. Denny was the epitome of a Ouimet Alumnus, and this is a special way to always remember his immense contributions to The Fund. The “Honorary Alumnus” must have been generous in their support of the Ouimet Fund, either by exceptional professional service, contributing financially, or volunteering.

Mary Beth was first named the Ouimet Chair at Salem Country Club after years of spearheading fundraising for the Ouimet Golf Marathon, which her husband Mike, son Patrick and daughter Kate participate in annually. Over the past two years, Mary Beth has been a major contributor in the transition to the Ouimet Golf Sprint, which the Salem CC creatively incorporated into a relay format. Since taking over the management of the Golf Marathon and Sprint fundraisers, Mary Beth has helped raise more than $100,000 for need-based Ouimet Scholarships. In her role, she has always championed the Bag Tag program, and Salem CC was one of the first to elevate to a Ouimet 100 program club in 2013.

Mary Beth is such a welcoming advocate for the cause, and several Salem CC members have gone directly to her to inquire about additional, impactful ways to participate in the Eddie Lowery Planned Giving and Endowed Scholarship Programs. Her important efforts have garnered such enthusiasm from her peers that Mary Beth formed an extended Ouimet Committee at the club in 2019.

Mary Beth applies hands-on interest and mentorship for young men and women working at Salem CC each year and reinforces the importance of the Ouimet Scholarship opportunity for the young workers to ensure that they make the most of the membership’s generosity.  Her impact has been seen for years as she speaks about The Fund at the annual caddie breakfast, writes dozens of applicant recommendations, and even redesigned a few areas of the clubhouse to profile the Scholarship recipients and fundraising activities. Since becoming Ouimet Chair, 62 young men and women from the club have received more than $900,000 in Ouimet Scholarships. Many of their schools can be found in the custom hand-knit college sweaters that Mary Beth takes such pride in making!

“Whether it is volunteering at the Banquet registration table, donating a round of golf for our annual auction, or hopping on a Zoom call with applicants, Mary Beth is as dependable as they come!” commented Executive Director Colin McGuire this fall when announcing the award. “The personal accolades are something that she never seeks; however, she is incredibly deserving of carrying on the legacy of this special award. Denny would be so proud to know that Mary Beth has been recognized for her years of tireless dedication to the Ouimet Scholars at Salem and across the state.” 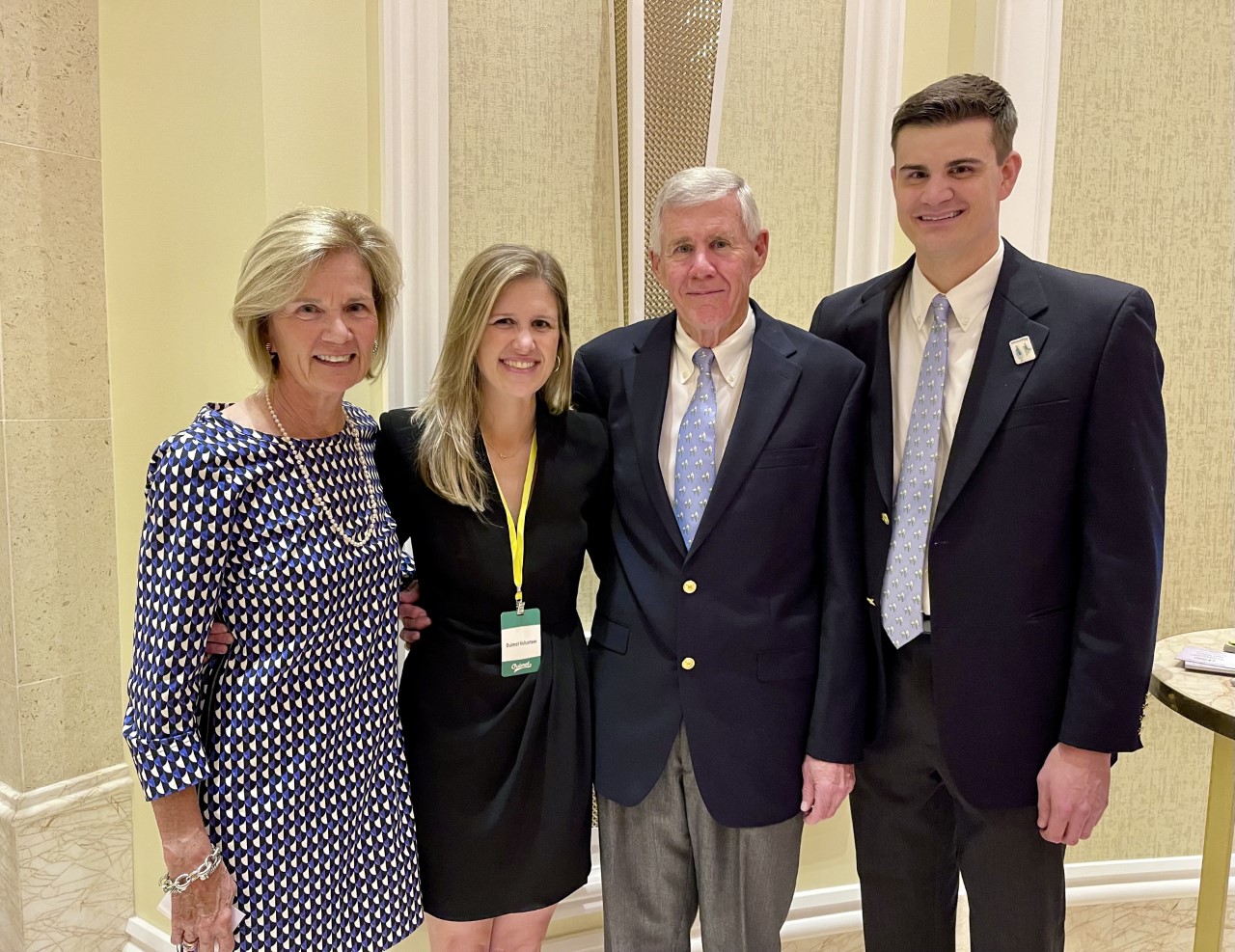