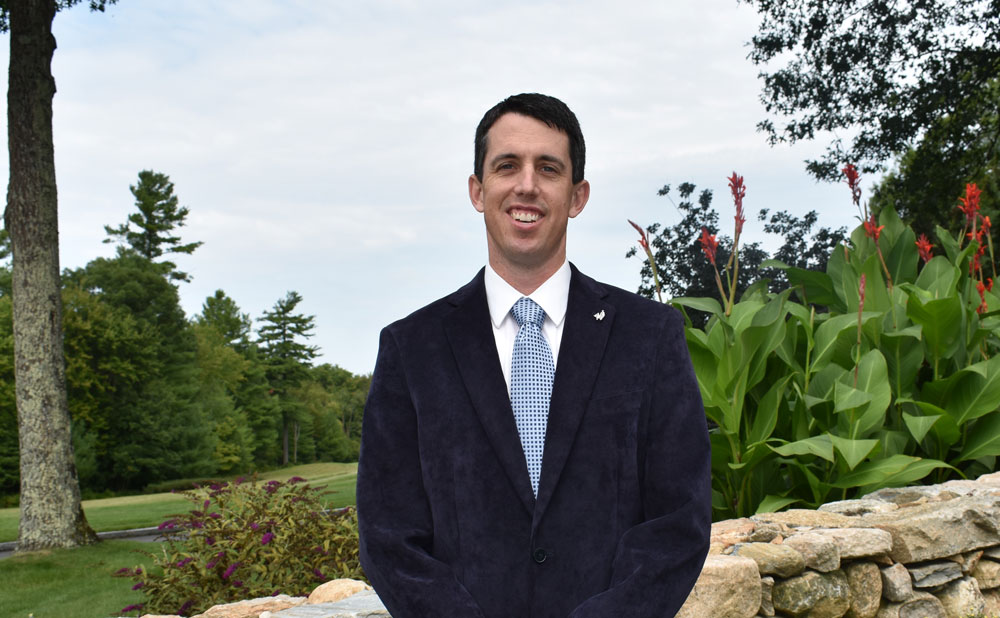 The Board of Directors of the Francis Ouimet Scholarship Fund today announced that Colin McGuire will succeed Bob Donovan as The Fund’s Executive Director when Donovan retires on October 21.

McGuire, who grew up in Braintree, MA, attended Denison University as a Ouimet Scholar and graduated in 2003. He began his career with the Ouimet Fund in the fall of 2003 and has had integral and valuable roles of increasing responsibility with the organization. He has been involved in virtually every aspect of the Fund’s operations and mission during his career. McGuire, his wife Cheryl and their two sons reside in Foxboro, MA.

According to Jim Blue, President of the Board of Directors,

“Colin brings outstanding energy, leadership and institutional knowledge to the Executive Director role. He will spearhead the Ouimet Fund as we embark on our next stage of growth with a focus on our major gifts program and engaging with our Ouimet Alumni and supporters. As a Board, we are excited to have Colin lead The Fund. He is poised and ready to help us reach our lofty goals to meet the unmet financial needs of our Ouimet Scholars,” concluded Blue.

Donovan, who has been the Executive Director of the Ouimet Fund since 1990, has guided the organization through an extraordinary growth cycle. His accomplishments include the development of The Fund’s Endowed Scholarship Program (which now exceeds 150 endowed funds) and The Fund’s distinctive Annual Banquet. The Banquet has honored distinguished individuals who have devoted a lifetime to the game of golf, including Arnold Palmer, Jack Nicklaus, Gary Player and U.S. President George H.W. Bush. It has become the largest golf banquet of its kind in the country.

“We would like to thank Bob for his 29 years of outstanding service as Executive Director. Under Bob’s leadership the Ouimet Fund has grown and evolved in a tremendous way. His focus on our mission of meeting the unmet financial needs of our Ouimet Scholars was always his priority,” said Blue. “He has been devoted to The Fund and became the face of the organization.”

Founded in 1949, the Francis Ouimet Scholarship is considered “The Golf Charity of Massachusetts.” The Ouimet’s Fund purpose is to help deserving young men and women, who have worked at golf courses in Massachusetts, obtain a college education. The Fund provides need-based scholarships which are renewable and worth an average of $30,000 over the course of four years, with some Scholars receiving as much as $65,000. Since 1949, The Ouimet Fund has awarded over $38 Million in scholarships to more than 6,000 deserving Scholars. Ouimet Scholars have excelled and recent statistics indicate that Scholars are graduating at a 93% rate in four years, and achieving a 3.3 GPA average. The Ouimet Fund is the largest independent scholarship fund in New England and is committed to grow the legacy of Mr. Ouimet by growing the scholarship fund he loved so dearly. Mr. Ouimet’s legacy was enhanced by Mark Frost’s book, “The Greatest Game Ever Played” and the movie that followed by the same name.