The Largest Golf Dinner in America

With the help of a new venue, our vendor partners, our top sponsors, and Massachusetts’ leading Covid-19 safety advancements, we were thrilled to host our guests at the Encore Boston Harbor on October 14th! The return of our Banquet made an important and timely impact on Scholarships as applications for tuition aid are on the rise.

The energy in the room was palpable as the crowd of 1,300 welcomed the 2021 Honoree, Jim Nantz. “It was such an honor to have Jim Nantz as the 2021 Honoree, and his excitement in receiving the award was second to none,” said Jim Moriarty, Ouimet Fund President. “Jim has been the voice of golf and, frankly, of many of the largest sporting events in the world for generations, and to be able to honor him with the Ouimet Award – and for him to work so closely with us to make the event a success – I simply cannot say enough great things about Jim Nantz. He has made a huge impact on the Ouimet Fund and the game of golf and is more than deserving of this award.”

Jim Nantz, the three-time Emmy Award winner and five-time National Sportscaster of the Year, received the 2021 Francis Ouimet Award for Lifetime Contributions to Golf! We were ecstatic to have Jim as this year’s Banquet Honoree, as his contributions to golf have been immense throughout his nearly forty-year career. Since joining the CBS Television Network in 1985, Jim has served as the lead anchor of CBS’s golf coverage, including the PGA Tour, Masters, and the PGA Championship. He also serves as the lead play-by-play announcer for The NFL on CBS, including the Super Bowl, and the lead play-by-play announcer for college basketball, including the NCAA Men’s Final Four.

Among his many accolades, Jim will be inducted into the National Sports Media Association Hall of Fame later this year. Also, he was honored in 2019 with the Arnie Award, which is presented to golfers who give back to the game and reflect the values and generosity of Arnold Palmer. He is a 2018 inductee of the Sports Broadcasting Hall of Fame and received the 2018 Ambassador of Golf Award presented by the PGA TOUR.

Jim’s New York Times bestseller, Always By My Side, which chronicles his father’s 13-year battle with Alzheimer’s, became the inspiration for Jim to team with Houston Methodist Hospital at The Texas Medical Center to create the Nantz National Alzheimer Center (NNAC) in 2011. The NNAC, his key charitable passion, is dedicated to funding innovative diagnostic discoveries for early and accurate detection of Alzheimer’s disease and other dementing illnesses in hopes of finding a cure. Jim’s love for the game of golf and the virtues it represents began at an early age and led him to the University of Houston golf team and has also helped spark several business partnerships along the way. We were honored to welcome Jim Nantz to Boston to share stories from his celebrated career, highlighting all that golf can offer us, our families, and our communities!

Mr. Nantz will be inducted into the National Sports Media Association Hall of Fame in December 2021. He was honored in 2019 with the Arnie Award, presented to golfers who give back to the game and reflect the values and generosity of Arnold Palmer, who was the first Ouimet Award Honoree at the Annual Banquet in 1997. In December 2018, Mr. Nantz was inducted into the Sports Broadcasting Hall of Fame and in August 2018, Mr. Nantz received the 2018 Ambassador of Golf Award presented by the PGA Tour.

The Ouimet Banquet is the largest golf dinner in the United States and has become a fixture in the golf community, attracting upwards of 1,500 guests each year! The Banquet is always a special evening and a fantastic opportunity to hear directly from our Banquet Honorees, who represent so much of the history of the game of golf. Guests also hear from the Student Speaker, whose personal story embodies that of so many Ouimet Scholars. This annual fundraising event is a critical factor in our ability to award need-based Ouimet Scholarships, which for the 2021-22 school year will be $2.75 Million.

The 2021 Ouimet Annual Banquet was held for the first time at the Encore Boston Harbor, a beautiful new venue located just a few miles from downtown Boston. We hosted nearly 1,300 guests for this special evening, who heard directly from the legendary Jim Nantz about his amazing broadcasting career and his impact on the game of golf.

Prior to hearing from Jim Nantz, Ouimet Alumnus and Master of Ceremonies John Dolan ’01 guided the ceremony as the crowd provided a rousing standing ovation for Corey O’Neill ‘22, the evening’s student speaker, and the 2021 Connolly Award winner Michael Douvadjian. Ouimet leadership spoke directly to, and thanked, everyone in the room for helping to fund Ouimet Scholarships. Ouimet President Jim Moriarty and Executive Director Colin McGuire provided the crowd of 1,300 with detailed information about why their support is so crucial and explained that while the growth in scholarships has been tremendous, the amount of financial need for Ouimet Scholars is still staggering. “We are proud to award $2.75 million in need-based scholarships this year,” stated Colin McGuire, “but Ouimet Scholars still face tens of thousands of dollars in loans when they leave school. Our goal is to one day meet the full financial need of every Scholar.”

THANK YOU TO OUR COMMITTED SPONSORS 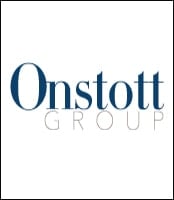