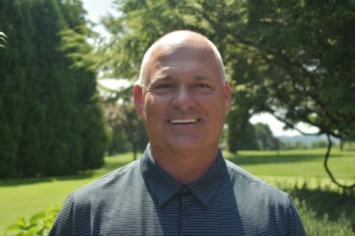 This annual award recognizes a New England PGA Professional for their efforts and achievements in guiding the young men and women who work for them to the Francis Ouimet Scholarship, and their ongoing mentoring through college and beyond. The recipient is someone who works closely with The Fund and plays an important role in promoting both the scholarship to kids and their parents, and the various Ouimet programs to the club membership.

Scott has been an incredible supporter of the Ouimet Fund and a long-time head pro who has done great things for Oakley Country Club. He has been the head pro at Oakley for the past 21 years and his passion for The Fund’s mission is vocalized to the membership, who supports all fundraising programs and maintains a healthy roster of Ouimet Scholars.

“Nothing gives me a greater sense of pride than helping young men and women advance into their college careers.”

Scott grew up in the golf industry and understands how to connect with the young people who work at the club on a personal level because he was once in their shoes. He is a great role model for them and takes on a very important role advocating the Ouimet Scholarship program. There have been 7 Ouimet Scholars who graduated in the last five years and 8 current Scholars. The continued support from Scott and Oakley has helped these young individuals immensely as they pursue a higher education.

We would like to thank Scott Johnson for demonstrating what a huge role the PGA Professionals play in the lives of nearly 500 current Ouimet Scholars annually. Thank you, Scott!