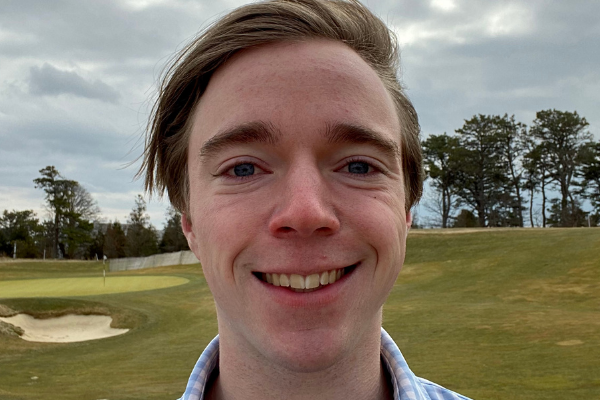 HOW DOES NORTHEASTERN’S CO-OP PROGRAM WORK?

“Within the Engineering program at Northeastern, it is an expectation that you will commit a whole semester to a full-time internship. Northeastern, and specifically the Engineering department, believes that to receive a full education one must combine in-class and ‘on the job’ training to be prepared for employment after school. I found out quickly that it is an extremely competitive program, as there are many qualified candidates for limited positions. So there is definitely a great deal of pressure to rapidly secure a solid engineering position.”

HOW DID BEING A OUIMET SCHOLAR HELP YOU IN THE SEARCH?

“I interviewed with a team at Electrochem Solutions in Raynham, and to be honest it was an intense interview. Electrochem specializes in developing batteries and commercial power solutions, so right off the bat my technical knowledge from class was put to the test. After spending time with the manufacturing team, I met with a Senior Engineer who was going to be overseeing this specific position. While we were chatting, we connected over the fact that we were both from Cape Cod and each of us had a love of golf, and it was then that he told me he was also a Ouimet Scholar when he was in college. Immediately, I felt the air in the room change and the pressure lift, and from there we had a half-hour conversation about golf, where he and I worked, and the Ouimet Scholarship.   I got the sense that he felt we were cut from the same cloth. Luckily, I had Ouimet Scholar prominently listed on my resume!”

WHAT HAPPENED AFTER THE INTERVIEW?

“He mentioned to me that they were decided among more than a dozen candidates, but within two days I received a call from him that I had the position. I cannot describe to you how much of a weight came off my shoulders! I believe that knowing what it takes to work in golf and become a Ouimet Scholar gave me a leg up on the competition. It ended up being an incredible experience, and I cannot say enough about Electrochem and the experience I had there. It has set me up for success after graduation, and I truly believe I owe a great deal of that to working in golf and being a Ouimet Scholar.”