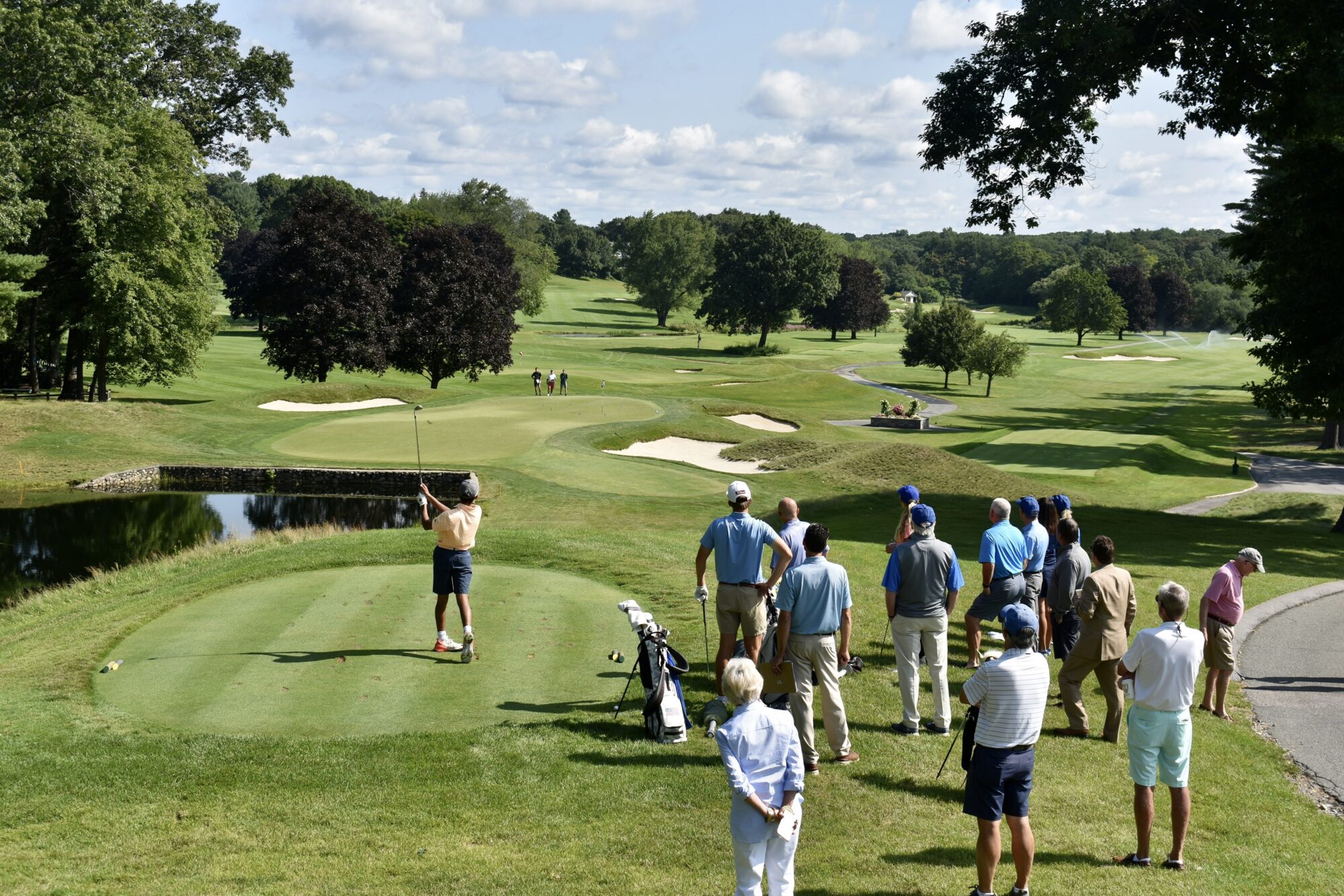 Taking a unique approach to the Ouimet Golf Sprint this year, Wellesley Country Club hosted a closest to the pin competition between staff members Frank Cartaglia and Kelly Hunt and two junior members on Monday, August 2nd. Located on the 12th hole par three, each player teed off from three different tee boxes aiming at a back right pin.

Caddies standing off the green measured shots hit within a small circle drawn around the flag, as an audience of Wellesley CC members gathered around the hole to cheer on the competition. Each player hit multiple shots from each tee and received several mulligans. While the staff team started off strong, the junior members ultimately won, celebrating their victory in front of a supportive crowd. In a creative additional element to coincide with the golf challenge, event organizer Ray Hamel collected predictions from members prior to the event which allowed for members to guess which team they believed would win, and how far the closest shot would be.

We want to send a huge thank you to Ray Hamel for heading up the organization and fundraising of the event, along with fellow Wellesley CC member Sean Rush. Together they motived the entire Wellesley CC membership and raised more than $45,000 dollars that will help fund awards for the nearly 450 need-based Ouimet Scholars. We can’t thank the entire Wellesley membership enough for this incredible support and look forward to the 2022 Wellesley Sprint where the staff team will try to take down the caddie team! 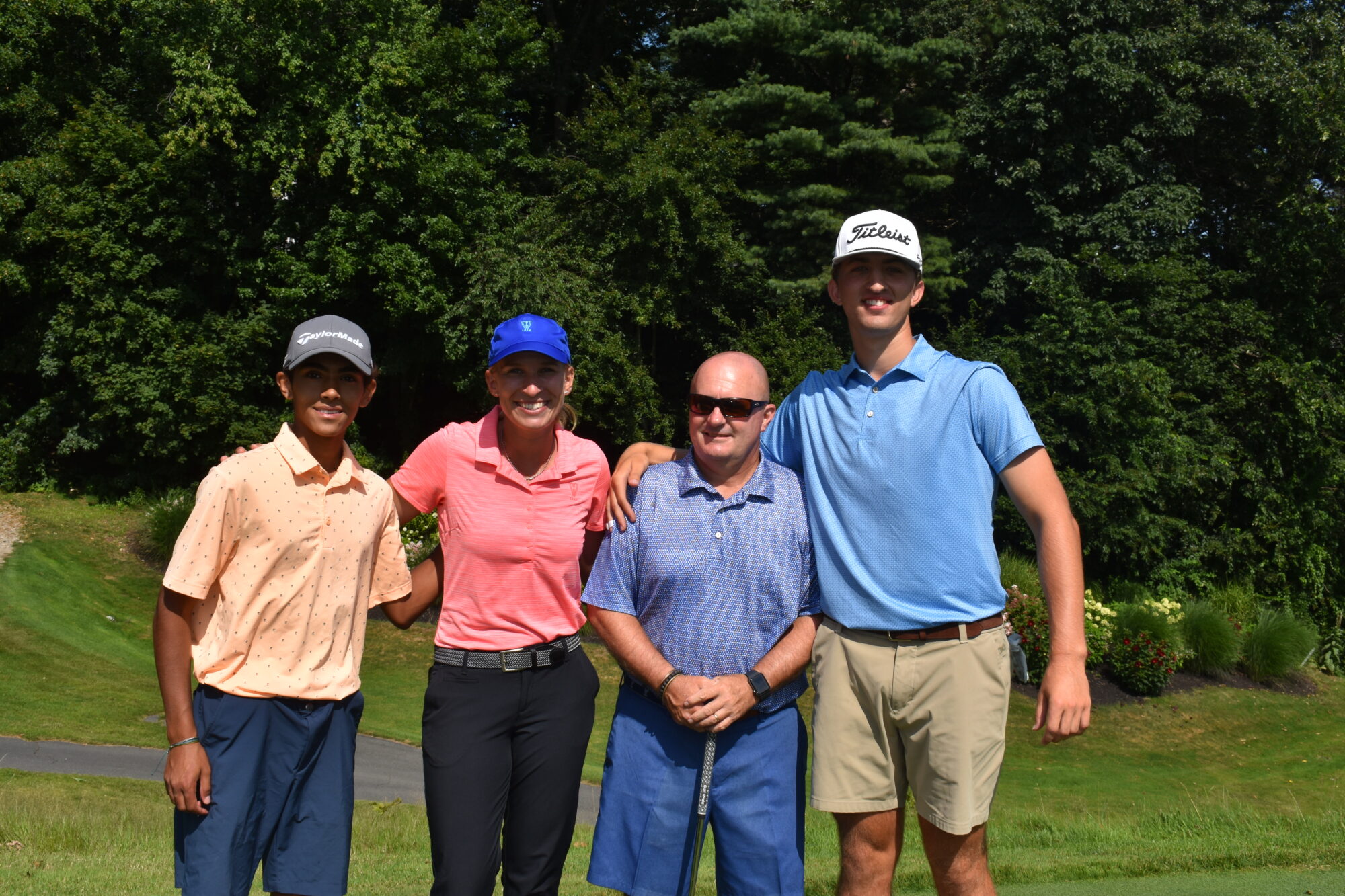