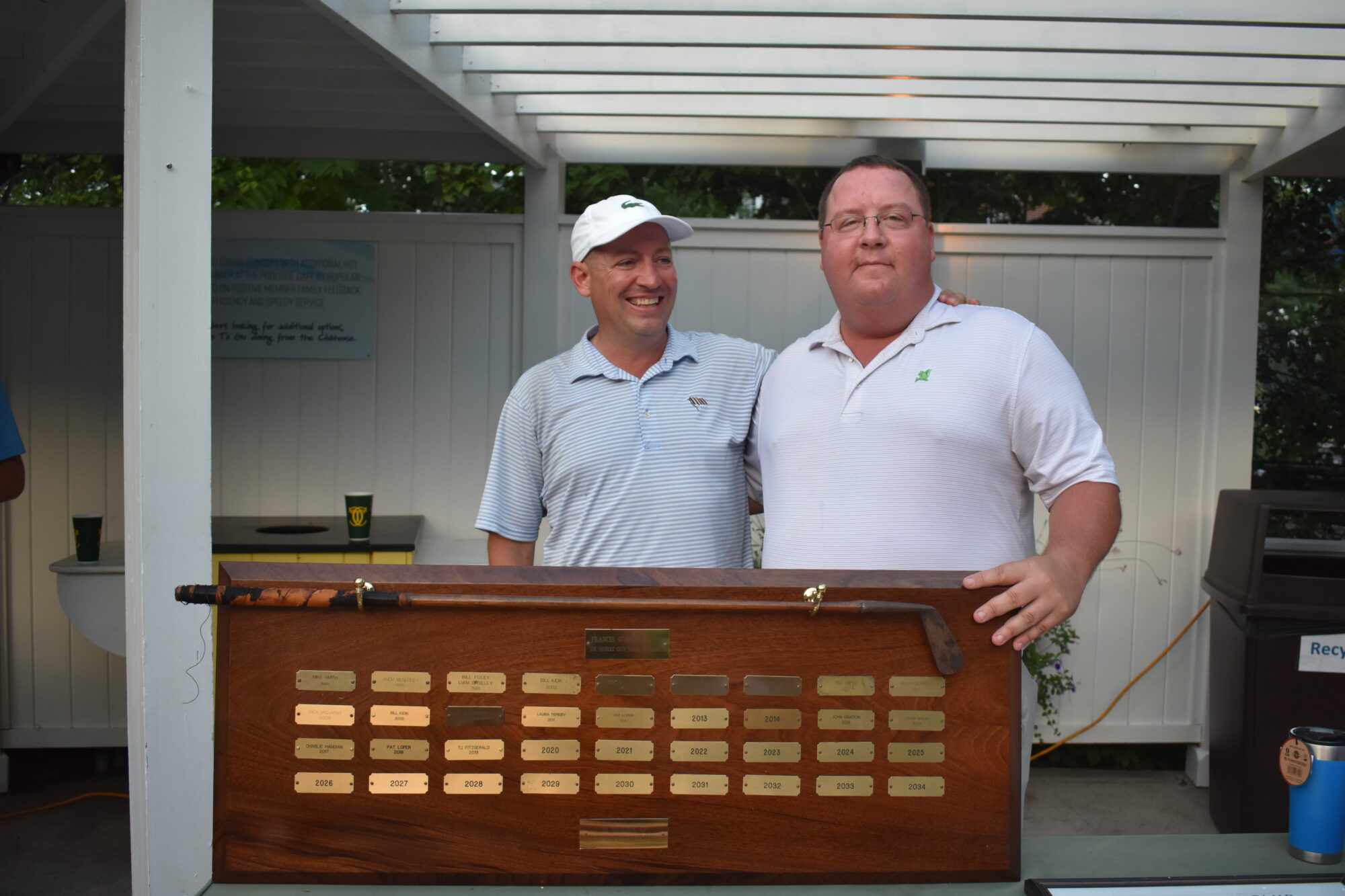 We had the privilege of attending The Country Club’s annual Caddie Tournament on Thursday, August 12th. The event highlights TCC’s outstanding caddie program and shows the club’s appreciation for the integral role caddies play there. Along with other guests and members, 80 total players participated in the celebration followed by a dinner and awards reception.

Brendan Walsh, TCC’s Director of Golf, addressed the crowd to thank everyone for their support, despite the intense heat. Mr. Walsh went on to speak about the importance of the event, noting that for many members it is the most special day of the year. Colin McGuire, Executive Director of the Ouimet Fund, also spoke, addressing TCC’s longstanding partnership with The Fund and the impact of their continuous support. With members and staff at TCC promoting The Fund, this year they had 11 Ouimet Scholars and are encouraging additional caddies to get involved.

An awards ceremony concluded the night, highlighting the Rookie of the Year and Caddie of the Year. We were thankful to be part of the celebration and can’t thank The Country Club enough for all of their annual support and dedication to caddying as one of golf’s most important traditions!