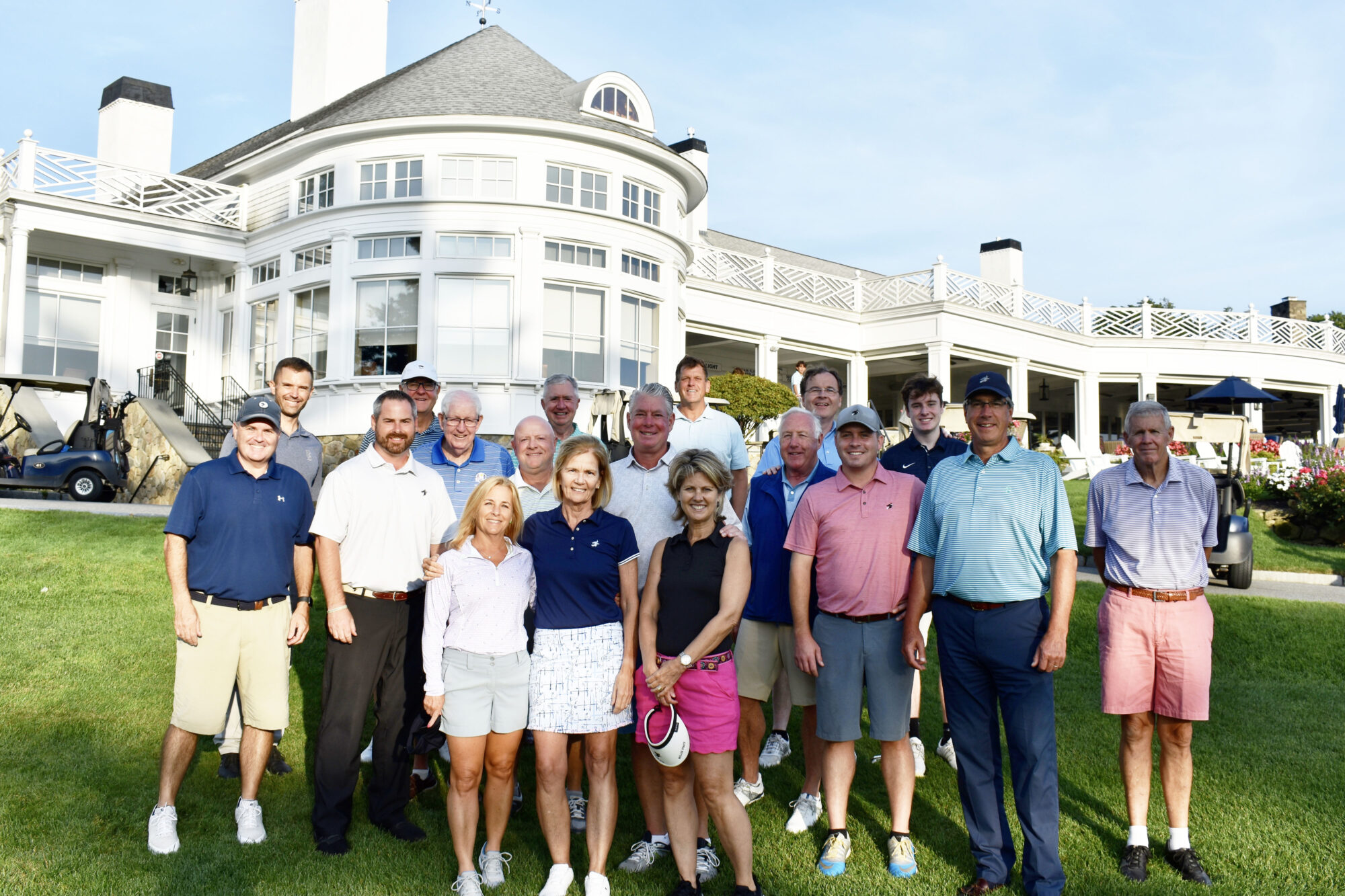 Salem Country Club’s Golf Sprint Relay took place on Monday, August 16th and included many participants from Salem’s Ouimet Committee, as well as numerous other supporters from the Club. Organized as a relay, participants played holes one through four twice and then finished on 18, for a total of nine holes. On each hole, players were stationed at the tee box, on the fairway, and off the green, alert and ready to move the ball along as quickly as possible. Ouimet Committee member Mary Beth Heffernan drove from hole to hole, providing commentary to members of Salem Country Club via Zoom. Finishing in a total of 22 minutes, the Club beat their 29-minute time from last year!

Following the relay, participants gathered on the patio to hear from Will DeMayo, a former Salem Country Club caddie and Ouimet Scholar who graduated from Stonehill College this past May. Will spoke about his experience caddying at Salem Country Club and how his time there was crucial in helping him get where he is now, in large part because it allowed him the chance to receive a Ouimet Scholarship. From networking with members to instilling a consistent work ethic, Will credits his time at Salem for his current successes, and we wish him well as he begins his new job next week.

The Fund would like to send a huge thank you to Mary Beth Heffernan for organizing this event, and to the active Ouimet Committee at Salem Country Club for participating in so many Ouimet programs and events! Mary Beth helped motivate the entire Club to raise an incredible amount of money which will help The Fund reach its goal of $2.75 million in need-based Ouimet Scholarships this fall. We can’t thank the entire membership enough for this wonderful support and look forward to the 2022 Salem Country Club Golf Sprint Relay!