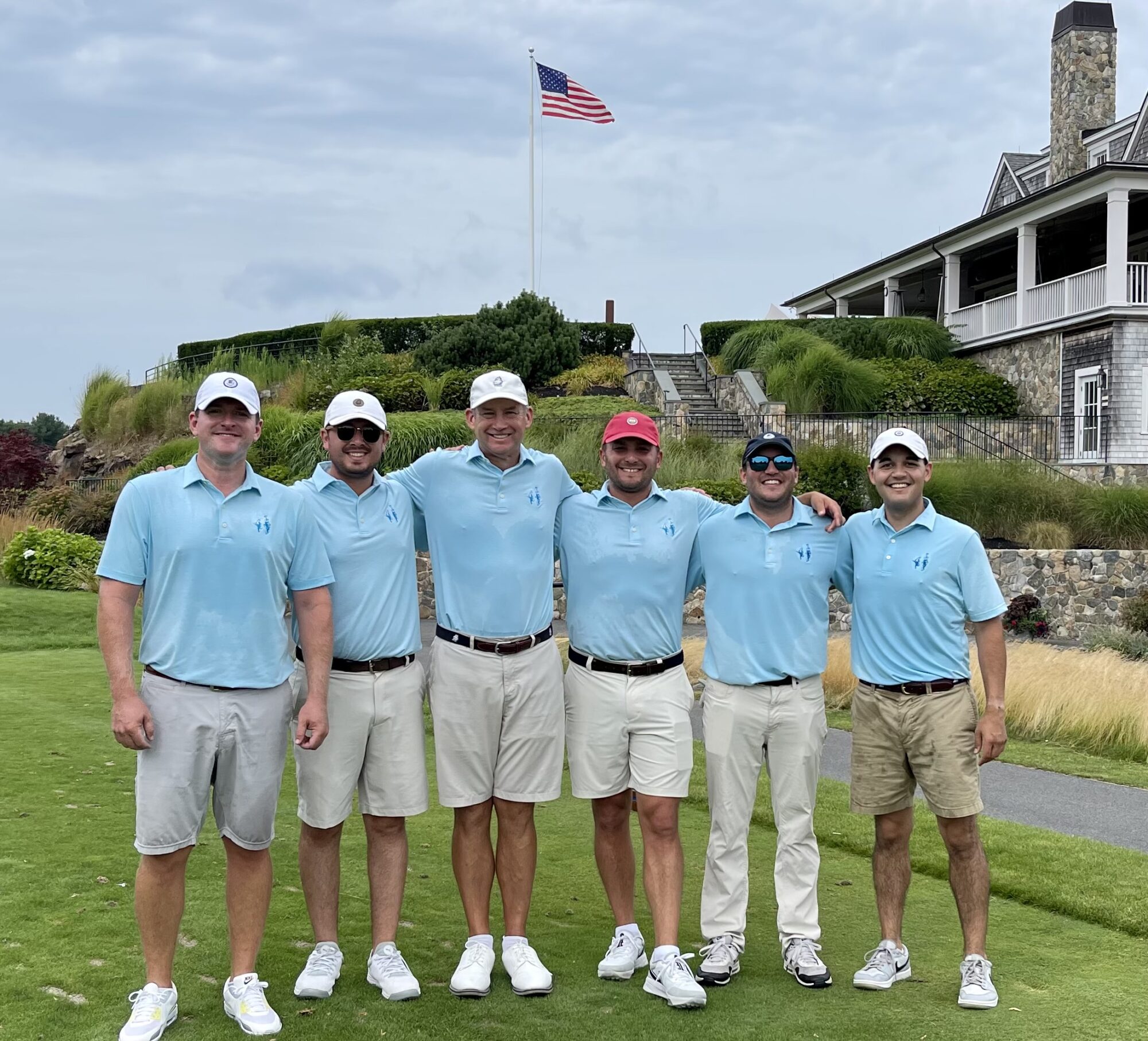 Haverhill, Massachusetts native, and Ouimet Alumnus Michael Zmetrovich has participated in the Ouimet Golf Sprint for 25 years at Tedesco Country Club, where he has served as the Ouimet Chair for the last 15 years.

“My first time {participating in the Golf Marathon/Sprint} was in 1997, and most of the pledges I received were from people I worked with and a few from Tedesco members,” described Zmetrovich. “Over the last 25 years, it has grown to where it’s exclusively raised from the membership at Tedesco.”

Nearly 150 plus members make an annual pledge, and this year Tedesco raised an incredible $57,395, the largest sum raised by one individual team in the history of the event.

“Many Tedesco caddies and golf staff receive Ouimet Scholarships, so the members can see the tangible benefit their donations make,” Zmetrovich said. “The membership can see firsthand how it impacts the kids, and they have been incredibly generous.”

In 2020, The Fund pivoted its traditional Golf Marathon to the Ouimet Golf Sprint due to COVID-19. This new format allows participants to perform the endurance challenge at their home course, and Michael believes it increased member contributions at Tedesco. 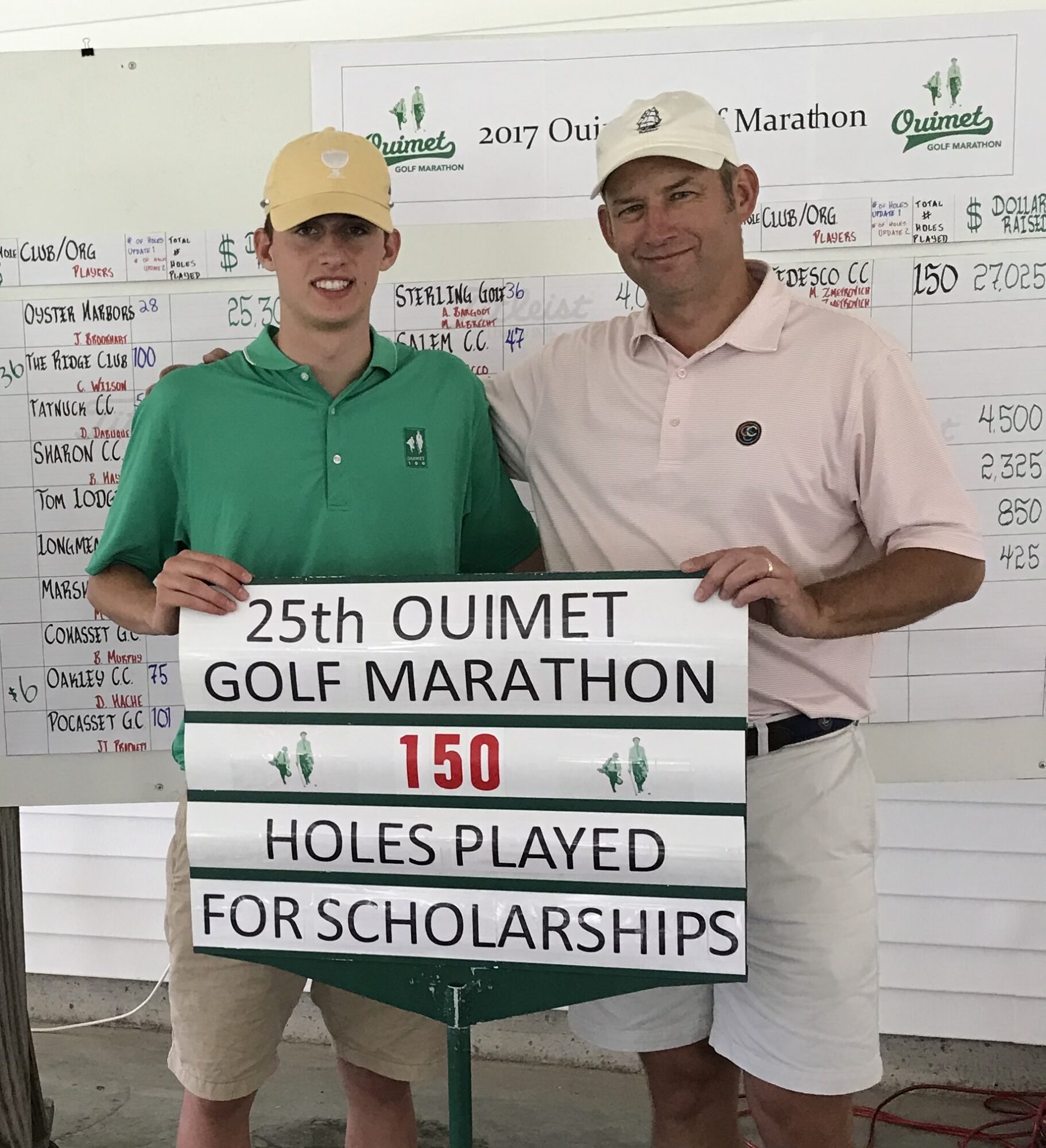 Michael and his son Oliver participating in the 2017 Golf Marathon, now known as the Ouimet Golf Sprint.

“Due to the pandemic, kids could not caddie in 2020, so we gave half of our donations that year to kids who caddie and raised over $60,000,” Zmetrovich said. “It was a unique circumstance, but it certainly caught the attention of new contributors who could see the need these kids had at a time when their main source of income over the summer was taken away.”

Another way Tedesco has increased fundraising is by getting the golf staff engaged.

“All of the professional staff are involved, adding another dimension,” Zmetrovich said. “Playing the holes with them and promoting their participation might impact people’s decision to make a pledge or partake.”

Michael’s involvement at Tedesco for nearly thirty years also plays a role in the membership’s outstanding support. In addition to being Ouimet Chair, he is the captain of their Met League and Winslow Cup teams, headed various committees, and served on the board.

“I spend a lot of time there, so part of it is an education process,” Zmetrovich described. “It’s been a pretty nice progression over the years; continuously raising more and getting an influx of newer younger members to start contributing and supporting has been great.”

Michael was introduced to golf at Murphy’s Garrison Golf Center and sharpened his skills while caddying and working in the pro shop at Haverhill Country Club growing up.

“I started caddying there in middle school, and the experience not only taught me valuable life lessons but, more importantly, it also started my love of the game of golf,” Zmetrovich said. “I have essentially been in the golf business ever since, so it started a lifelong pursuit.”

Working at Haverhill made him eligible for a junior membership and allowed him to be around golf. He won the Massachusetts Junior Amateur Championship in 1985 and earned a full golf scholarship from Florida International University in Miami, where he studied Hospitality Management.

“I was a competitive player and had worked in golf, so I was a designated a golf expert at age 21,” Zmetrovich said. “My golf experience opened doors and career opportunities from an early age.”

Upon graduating in 1990, Michael started a job in management consulting at Laventhol & Horwath in West Palm Beach and then joined EY/Kenneth Leventhal in Los Angeles before moving back to Massachusetts with his wife Holly after the Northridge earthquake in 1994. He then was a Senior Vice President for the Nicklaus Companies in North Palm Beach, where he ran a development and management company, Golden Bear Club Services, while splitting time between Florida, Marblehead, and the various properties they were developing and managing around the globe. 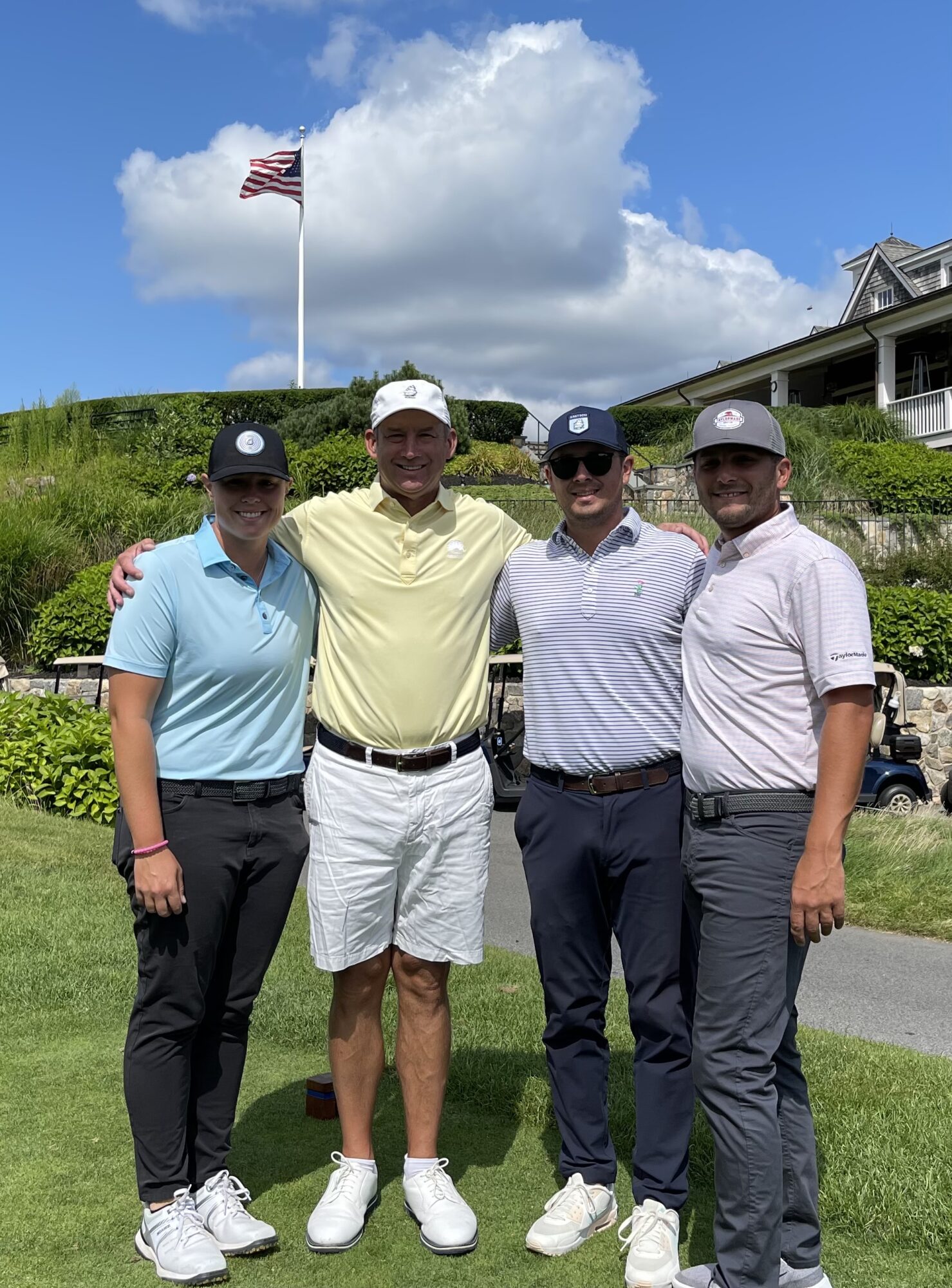 “When we moved back, we joined Tedesco, and I was looking for a way to give back to The Fund,” Zmetrovich said. “I was fortunate to get a full ride to college playing golf, so when I became a Scholar, I didn’t need financial assistance.”

Michael’s son Oliver, who graduated from the University of Pennsylvania in May and is now working in New York City, is also a Ouimet Scholar and has participated in the Golf Marathon and Sprint many times over the years.

“It’s been a family affair and is certainly rewarding doing this fun event with your kids,” Zmetrovich said. “Oliver caddied at Tedesco and is a Scholar, so the fact that he could participate and pay it forward was special.” 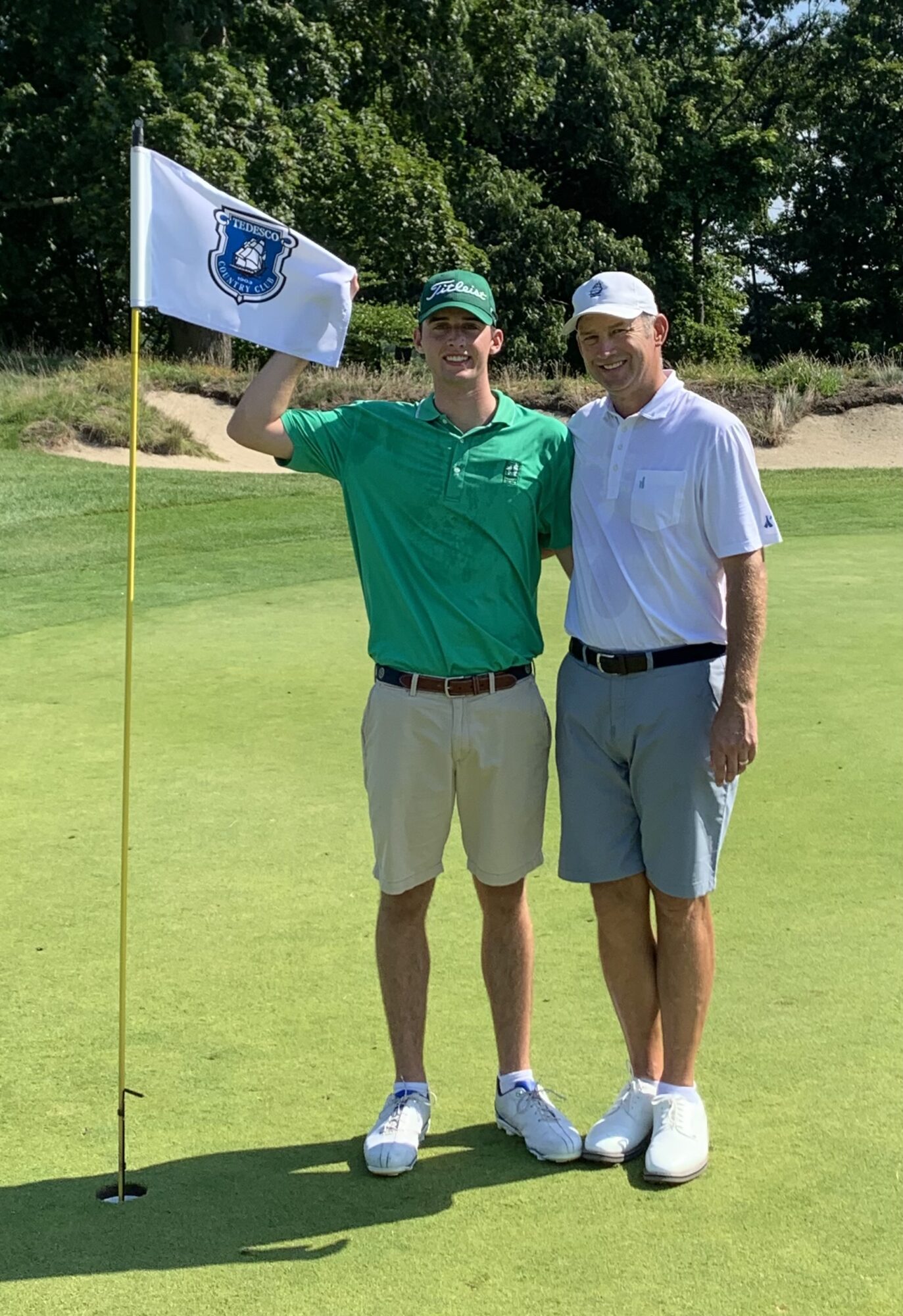 Michael and his son Oliver participating in the Ouimet Golf Sprint.

“Michael has raised the bar with his commitment to The Fund, and the results are obvious,” said Green. “Being a Ouimet Scholar himself and knowing what it meant to him, the membership respects and supports all that he’s done.”

Tedesco has raised over $500,000 throughout the past 25 years in which Michael has participated, a number that makes him proud.

“I feel tremendous gratitude to the generosity of the Tedesco membership,” Zmetrovich said. “I’m extremely proud to think that among all the wonderful clubs in the state, Tedesco continues to lead the way year after year.”

Outside Operations Manager Scott Haskell made not one but two aces in this year's Ouimet Golf Sprint.

Please visit the link below for more information on the Ouimet Golf Sprint.