FINDING COMMUNITY AT THE GOLF COURSE

Norwood, Massachusetts native and Ouimet Alumnus Mark Tansey’s summer job was simultaneously his ‘safe haven.’ From his sophomore year in high school through his junior year in college, Mark caddied at Dedham Country and Polo Club. While he relied on his caddie earnings to help pay for school and other bills, his job at Dedham was far more than just a source of income.

“My sister had substance abuse problems during that time, and with divorced parents, it wasn’t always the happiest household then,” Tansey described. “Dedham {Country & Polo Club} was a getaway for me and a place I looked forward to being at every day. As I’ve gotten older and am married with children, I look back and realize how much I needed that place and those people.”

From a disastrous first experience “double bagging” (i.e., carrying two golf bags at the same time) to being one of Dedham’s top caddies, Mark quickly climbed the ranks through hard work and determination.

“The first time I double bagged, I did not get a tip,” laughed Tansey. “It was much harder than just carrying two bags; it was being attentive to the requests, needs, and idiosyncrasies of two people. But I fell in love with it and knew if I worked at it and stuck with it, I’d get the hang of it.”

He did just that and found himself at Dedham all the time, where he not only made many new friends in the caddie room but quickly developed his own group of regulars who sought him out to caddie. Many of those caddie friends and members provided Mark with tips and pointers, helping him hone his skill and learn how to be efficient and accurate. Many of those same people are Mark’s friends to this day, with whom he regularly remains in touch.

“I caddied for Duncan Gratton in 1995 when he won the club championship, and I still remember that day so well,” Tansey recalled. “It’s such a small world. Now, we are both active Ouimet supporters, and Duncan is a longtime Board member. I had a conversation with him about it last week.”

Another Dedham Country & Polo Club member Mark was fortunate enough to caddie for and later befriend was the late Denny Goodrich. Denny was a legendary Ouimet supporter and past President who spent 37 years on the Board of Directors.

“Denny was a legend in the Massachusetts golf community and the Ouimet community, but growing up, I just knew him as a gentleman who was always so kind to the caddies,” Tansey said. “He meant a great deal to me and was just an amazing guy who always cared about everyone. He was one of many who made an impact on me, and I’ll never forget the lessons he taught and how he looked out for me.  I remember seeing him at an alumni event and he told me to call him Denny…I politely declined as he will always be Mr. Goodrich to me.”

During his time working at Dedham, Mark began to envision his future and develop the work ethic that would enable him to achieve his goals.

“I realized this is a nice life; I want this,” Tansey said. “I want to work hard and be on the other side, and I don’t think there’s anything wrong saying that. It’s not all about the money but working there motivated me to pursue the life I envisioned.”

Mark’s years of caddying experience also strengthened his confidence. He shared a story from years ago when he was caddying for Dedham’s former club champion in a Massachusetts Amateur Qualifier. They were preparing to tee off the 17th hole, a par three over water, when the member asked Mark if he should hit a four iron. Mark confidently said he should hit a five iron instead and trusted his instincts at that moment.

“I knew if he came up short, he would have been in the water and not qualified,” Tansey remembered. “I trusted myself, and he trusted me at that moment. I would never have said that in my first or second year, but through experience, I gained confidence.”

The member stuck it close to the pin and made the birdie putt, shooting a 72 and qualifying.

Mark learned the importance of constantly working and improving through caddying. “Whatever you did that day, you could always do something better,” Tansey said. “There is always room to improve, and you can continuously evolve.”

Mark carried that lesson and solid work ethic to Clarkson University, where he graduated in 1997 with a degree in Interdisciplinary Engineering & Management. The icing on the cake of his experience at Dedham Country & Polo Club was becoming a Ouimet Scholar. The financial assistance from The Fund helped reduce Mark’s student loans and lifted his financial burden significantly.

“My senior year, I received the most out of any Ouimet Scholar, which was quite an honor. It changed my life,” Tansey said. “I still remember receiving that letter and feeling so thankful and overwhelmed.”

Mark has been with his current company, Vicom Infinity (a Converge Company), for twenty years, and the drive and work ethic he learned in his years at Dedham show in his daily work. But Mark never forgot where he came from, and this past year paid it forward to current Ouimet Scholars by becoming a Lifetime Member of The Fund.

“I got the Ouimet Lifetime Member tag and just kept looking at it, thinking this is pretty amazing,” Tansey said. “It came full circle.”

To this day, Mark continues to appreciate the gifts and opportunities Dedham and The Fund provided him, and he is honored to pay it forward. 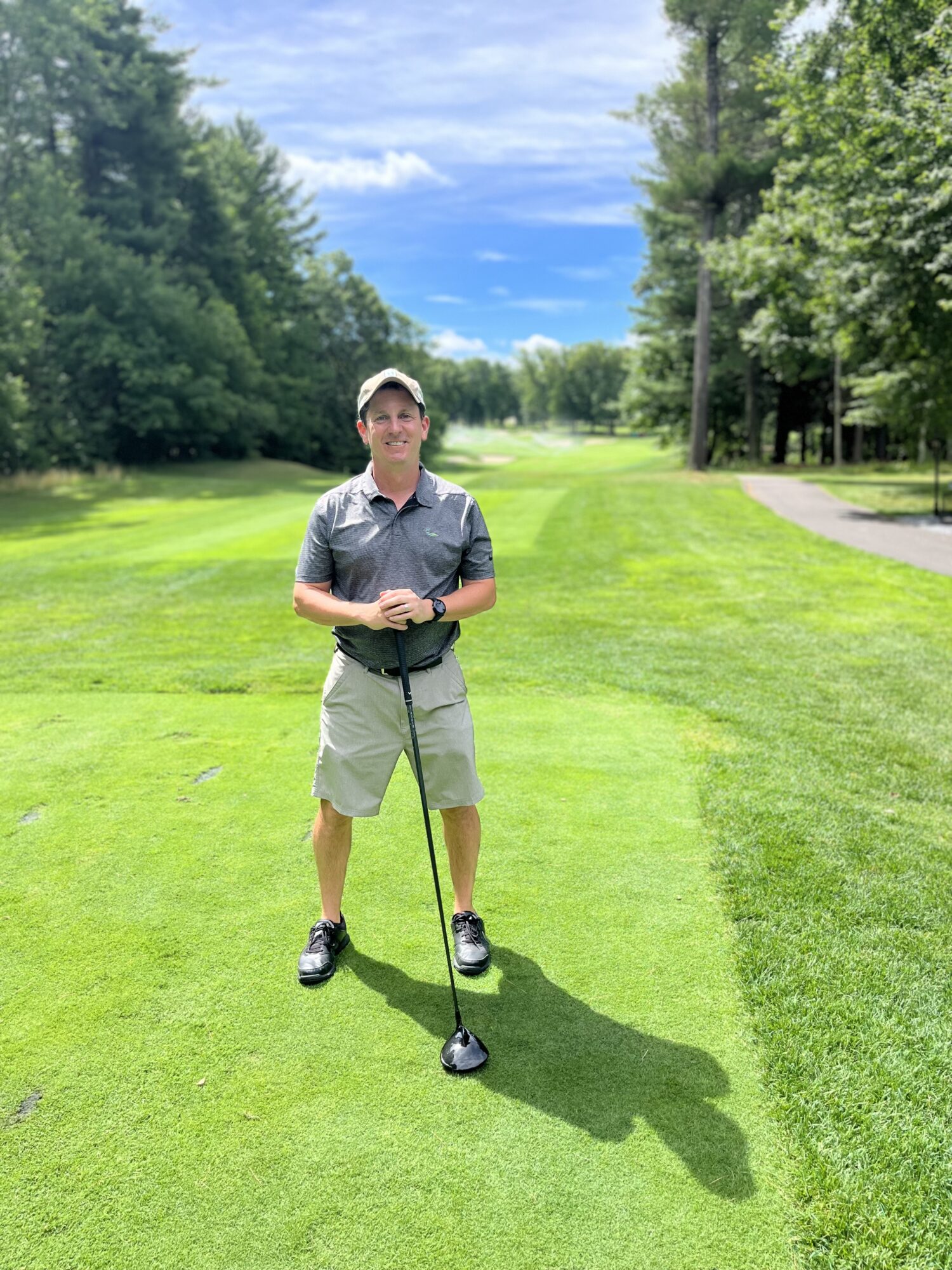