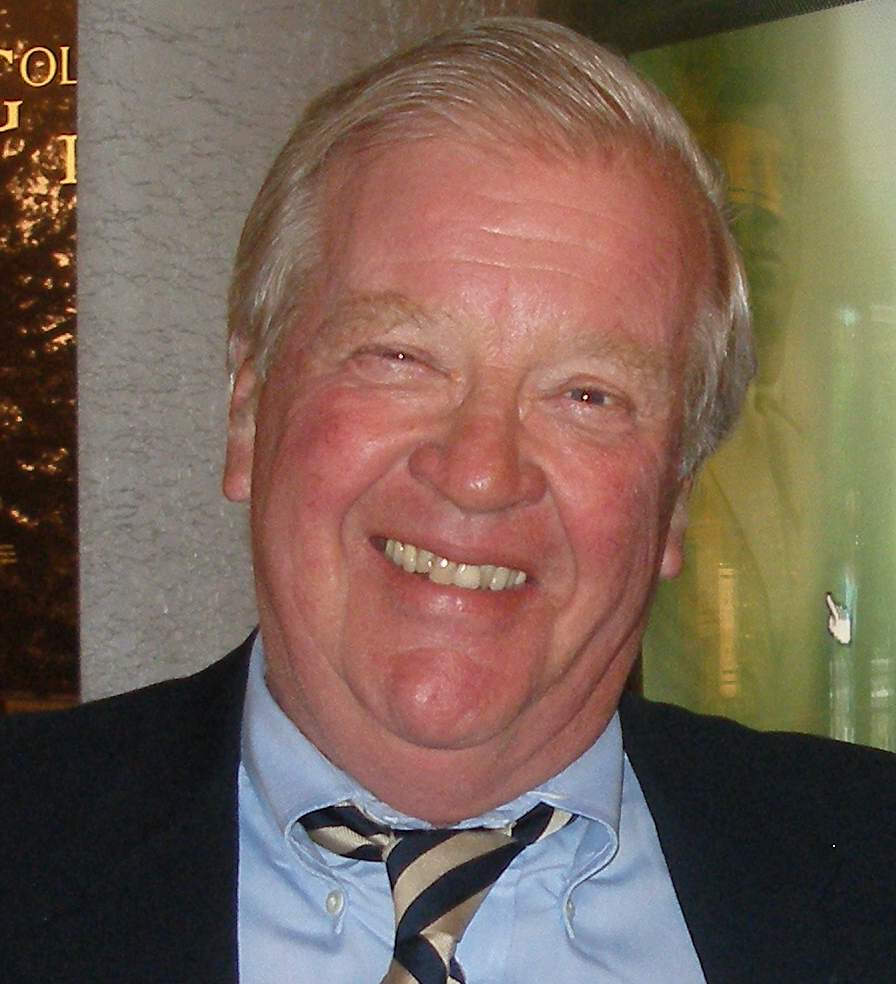 It is with deep sadness that we report the passing of Dennett W. “Denny” Goodrich, on Tuesday, November 24th, at the age of 80.

Denny was a long-time board member, former Ouimet Fund President, and had been recognized with the presentation of two of the Ouimet Fund’s most distinguished awards for outstanding contributions.  He loved The Fund and the Ouimet Scholars right to the end.  Anyone who met Denny always walked away with a smile, knowing how much he enjoyed life and the stories and experiences that could be shared with new friends.

The Francis Ouimet Scholarship Fund renamed its “Honorary Alumnus Award” after Denny when he retired from the Ouimet Fund’s Board of Directors in 2009 after 37 years of service. A member of Dedham Country and Polo Club, Denny was the inaugural winner of the award in 2003 and a recipient of the Ouimet Fund’s Richard F. Connolly, Jr. Distinguished Service Award in its debut year of 2000. For 13 years, he served as the Vice Chair of the Ouimet Fund’s Annual Banquets, as Ouimet President from 1990-1992 and a Trustee ever since.  He served on nearly every Ouimet Fund committee including chairing its first strategic plan in 2000.  He was also the Ouimet Chair at Dedham C&PC for many years.

Denny Goodrich was truly beloved and his spirit, to give so much of himself, was exemplary.  Carrying the Ouimet banner for so many years, he shined in his volunteer efforts to help the Ouimet Scholars. Denny had an unending commitment to the mission and was such a dependable and passionate volunteer.  We all knew when Denny had arrived in the building and his energy was contagious!  He helped launch the inaugural Ouimet Golf Marathon, recruited board members, created an endowed scholarship in his mother’s name (Priscilla D. Ramsey), and he was deeply touched when his friends at Dedham Country & Polo created an endowed scholarship in his name. A special annual highlight for Denny was meeting both the Ramsey and Goodrich Scholars at the Investing in Lifetimes scholarship event. He loved serving on the Scholarship Committee and participating in applicant interviews for so many years.  Denny Goodrich was a dear friend, wonderful mentor, tremendously respected, and will be greatly missed by all of us.

Denny Goodrich came from a great golf family.  His dad had served as a president of the, then, Mass Golf Association and Denny continued these efforts by volunteering for them as an official for many years.  Denny was first officially connected to the Ouimet Fund when his oldest son was born and the delivering doctor handed him an application to join the old Par Club donor society.  He had four sons, two of whom, Rob and Cam, became Ouimet Honorary Scholars and participated themselves in many Ouimet events.  Since 1989, Denny was a proud and hard-working investment advisor with Moors and Cabot, even to the end.  We all knew there were hard days with his emphysema, but he never gave up all the great things in his life that he loved.  Denny Goodrich was the best!

Click here to read Denny’s full obituary from his family

In light of the COVID pandemic, there will not be a public memorial service, but rather a small ceremony for the family. The family asks that, in lieu of flowers, memorial contributions may be made to the Dennett Goodrich Endowed Scholarship at the Ouimet Fund, 300 Arnold Palmer Blvd., Norton, MA 02766 or https://give.classy.org/OuimetFund.