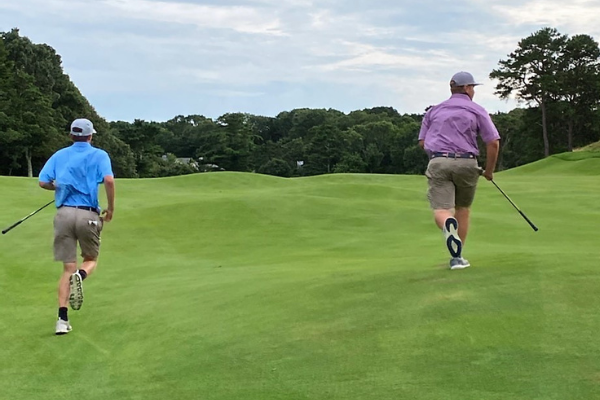 Over the last 28 years, the Ouimet Fund had been building what became the country’s largest Golf Marathon, an event which raised more than $6 million dollars.  Despite facing trying times, 2020 allowed our eager participants to remain involved and ultimately set new records under the new Golf Sprint format.

Clubs and individuals from across the state came together this summer to creatively play as many holes as possible in one hour, with the common goal of increasing the scholarship impact for Ouimet Scholars.  This new format allowed Sprinters to remain safe while continuing the tradition of the country’s largest golf endurance challenge.

Sprinters took on the challenge at more than 40 sites across the state, allowing many more people to get involved and share their own Ouimet message with fellow members, family, friends & colleagues.  A record breaking $410,000 was raised by more than 60 participants this year!  We are incredibly grateful to all the sprinters, fundraisers and donors who made this event a success.

HOW TO BECOME A GOLF SPRINTER?

To get involved in the 2021 Golf Sprint, please contact Jeff Murphy at Jeffm@ouimet.org.